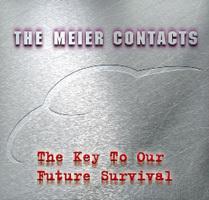 Recently published information from Gary Kinder’s Open Letter to the UFO Community shows that among the stellar scientists and experts who first found for the authenticity of Billy Meier’s UFO photos, films and other evidence were Michael Malin, Robert Post, Marcel Vogel, David Froning and others.

According to Michael Horn, U.S. media representative for the Meier case, the scientific support was not only unprecedented but posed unique problems for governmental and media agencies. “Consider that you had major scientists like Malin saying, ‘I find the photographs themselves credible, they're good photographs. They appear to represent a real phenomenon,’ while he naturally found it hard to accept that ‘some farmer in Switzerland is on a first name basis with dozens of aliens who come to visit him…’ Similar opinions were expressed by Robert Post of JPL, who said, ‘From a photography standpoint, you couldn't see anything that was fake about the Meier photos. That's what struck me. And of course Marcel Vogel’s conclusion that, even with all of the resources of IBM available to him, he couldn’t duplicate the metal samples given to Meier by the extraterrestrials.’”

Horn said that Kinder, who was a skeptic about the Meier case when he began his research, apparently foresaw the likelihood that the various scientific experts could later regret being so candid about their findings. “Threats regarding withdrawal of funding could be used to get them to distance themselves from something as controversial as a UFO case. So Kinder, who is also a lawyer, made sure that each expert read and then signed off on their statements before publication in his book, [Light Years.”

Damage control from the powers that be reportedly took the form of enlisting UFO organizations, like MUFON, to ignore, suppress or actively discredit the Meier case. According to Horn, “The fact that they, and almost all other such groups, still steadfastly refuse to discuss, research or take a position on it seems to bear out that theory. And considering the overwhelming scientific corroboration for Meier’s information, one has to wonder why these groups waste their time chasing lights in the sky. While it’s too late for the scientists to disavow their expert opinions in favor of the case, MUFON is not similarly burdened because of their own lack of any such scientific credibility.”

Michael Horn will be appearing at the Los Angeles Conscious Life Expo October 15, 2010.

The Meier Contacts - The Key to Our Future Survival
http://www.theyfly.com.

And Still They Fly! New book on the Billy Meier case

Billy Meier UFO Photo One of a series of photos of a UFO circling a tree, taken by Billy Meier in Switzerland