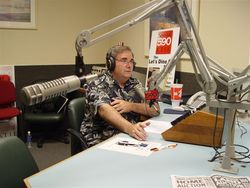 “Our experience with MERS, speaking on behalf of a broad swath of our membership, is that MERS played an excellent role in bringing some much-needed efficiency to the marketplace.”

Cyborgs are signing documents. The powers that be are scratching their heads in confusion. And MERS is ... well, who knows. In states like California, with its infamous unemployment rate hovering at 12 percent, a real estate industry in an earnest nosedive is the last thing anyone needs.

Unfortunately, that could be the outcome without a swift resolution. And with foreclosures and short sales making up a huge part of the California market, there are many — Realtors, investors, escrow companies, contractors, the surrounding real estate service sectors — whose livelihoods depend on how these issues will ultimately play out.

First up, one of the most talked about acronyms in the industry these days: MERS (or Mortgage Electronic Registration Systems).

“Our experience with MERS, speaking on behalf of a broad swath of our membership, is that MERS played an excellent role in bringing some much-needed efficiency to the marketplace,” Kurt said.

The system is fairly simple. A title searcher goes into the public record and finds the MERS name on the mortgage. With it is a MERS Identification Number. Plug that into the MERS system and you know who owns an official interest, who has been assigned the interest, and where the servicing rights are.

Before MERS, every change in assignment would have to be done at the local courthouse, which added cost. Even worse, courthouses would get behind and lien releases could take months.

“MERS was intended to bring order to a fairly chaotic situation,” Kurt said. “It's delivered on that.”

Having cleared that up, Bruce drives at something many have been wondering:

“We hear rumors of Stewart Title placing restrictions on policies for properties foreclosed on by JP Morgan,” Bruce said. “Was that a temporary concern, or do you think there are insurers that are going to sidestep the issue by not insuring some transfers?”

“I appreciate the opportunity to clear this up,” Kurt said. “The title industry has continued to provide insurance on REO properties. Fidelity, the largest title insurer in the country, last week announced they would not insure any property on which they did not have an indemnity agreement with the bank that owned the property. That's the first real restriction that I've seen on this REO market. “

In an effort to keep REO markets running smoothly, ALTA was working with Fannie, Freddie and lender groups to create an indemnity agreement. Kurt envisioned a handshake where the bank says to the title company: "I warrant that we have followed proper procedure foreclosing on this property. Should there by any issue surrounding the foreclosure, we'll hold you harmless for the legal costs that you incur defending."

However, last week the title industry came out against an industry-wide indemnity agreement, as the current operational and procedural review by the banks gave the title industry assurance this wasn't necessary. As long as confidence in the chain of title can be obtained, title insurance would be insured sans indemnity waiver.

As this story unfolds, we may find overlays in the market depending on the title company and the banks that own the foreclosed properties. Investors who buy at the courthouse steps may find themselves in a position where a lender won't provide a warranty if required and/or a title company that's risk averse.

The talk then turns to Bruce’s inbox: “Every weekend I get an email about another lender no longer existing. So what happens to title insurance — let's say there's a warranty from a lender who no longer exists on Friday?”

Kurt explained that that it’s an issue individual title companies are considering. While there won’t be a one-size-fits-all solution, title insurers and lenders have equal interest in seeing the market work smoothly.

“And if a title insurance company goes upside down and you're holding one of those policies?” Bruce asked.

“The title insurance industry is very strictly regulated as to its capital requirements,” Kurt said. “It’s a monoline insurance, meaning we can't commingle the reserves for title insurance reserves with any other kind of reserves. It's made the industry extraordinarily solvent even through this down cycle.

“I think you can say the title industry has been a regulatory success story, because it's still around to provide the protection it promised.”

Bruce then asked about the effect of title insurance binders when exiting a property, and Kurt explained that they provide a company standing behind your ownership claim.

“There's always some grey area in the law, some nuance to the law and its application,” Kurt said. “I think what that does is give future owners or lenders confidence that the collateral or the property is there. And that's the whole benefit of this system. Without those guarantees commerce doesn't move around as quickly.”

In recent months, stories have circulated in the media regarding foreclosed homeowners breaking into their former houses and taking possession. “We know of several cases where a trustee sale buyer buys on the courthouse steps, fixes up the house, and the previous owner attempts to move back in,” Bruce said. “Then these guys are getting sued for quiet title actions. Had they had policies, that legal indemnification would kick in and there would be attorneys from the insurance world protecting their interest. Is that accurate?”

“Exactly right,” Kurt said. “And more importantly, there probably would have been due diligence done to discover any flaws or potential claims against the title prior to getting mugged by it.”

Kurt said it best when he said the real benefit of this insurance is peace of mind. You know what you have is yours. Somebody has done a very thorough job in establishing that — and in the unlikely case it's challenged — you have somebody there to handle the claim.