A study conducted by Chaoyang Li and colleagues, of Atlanta's CDC, points to an apparent connection between increased blood levels of alpha-carotene and reduced risk of death. The further implication is that antioxidant supplements, such as those found in certain quality body cleanse programs, may be needed to ensure sufficient alpha-carotene for reduced risk of cancer and cardiovascular disease. 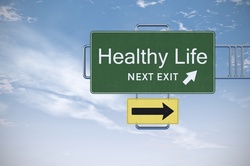 The antioxidant alpha-carotene appears "to be associated with a reduced risk of dying."

According to the results of a new study to be released this spring in the Archives of Internal Medicine (medicalnewstoday.com, 23 November 2010), the antioxidant alpha-carotene appears "to be associated with a reduced risk of dying." Over the approximately 14-year period of the study, it was determined that higher blood concentrations of alpha-carotene may be "associated with lower risk of dying from cardiovascular disease or cancer." This also suggests a possible role for certain quality whole body cleanse programs.

Carotenoid antioxidants such as beta-carotene, alpha-carotene, and lycopene can counteract to some degree the "oxygen-related damage to DNA, proteins and fats" that "may play a role in chronic diseases like heart disease and cancer." These antioxidants are available in nutrient-rich, dark-colored fruits and vegetables such as carrots, sweet potatoes, pumpkins, broccoli, green beans, spinach, and collards. Another reliable source of ample amounts of antioxidants is a quality supplement—a good choice to ensure sufficient cancer-fighting alpha-carotene.