On the eve of the American Academy of Pediatrics (AAP) annual meeting in San Francisco, Georganne Chapin, the founder and director of Intact America, demanded that the AAP acknowledge the Centers for Disease Control’s recent report showing a U.S. circumcision rate of only 33% in 2009, and further, that it refuse to endorse the genital cutting of children. 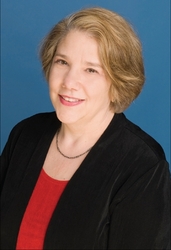 “The paradigm in this country is shifting,” said Chapin. “More and more parents understand that circumcision is unethical and wrong. It’s time America’s pediatricians realized this, too.”

The founder and director of Intact America, an organization which has been campaigning to change the way America thinks about male circumcision, today demanded that the American Academy of Pediatrics (AAP) acknowledge the Centers for Disease Control’s recent report showing a U.S. circumcision rate of only 33% in 2009, and refuse to endorse the genital cutting of children.

The AAP, which is meeting in San Francisco October 1 – 5, for its annual conference, is currently reviewing its stance on neonatal circumcision, and its Task Force on Circumcision is expected to publish new recommendations within the next several months. “Now, with more than 60 percent of baby boys being left intact, and more and more Americans unable to afford even the most necessary medical care, we cannot understand how the AAP could come out in favor of this useless surgery,” said Georganne Chapin, Executive Director of Intact America.

Intact America will be on-site at the AAP conference to meet with AAP officials and to remind them that the majority of American parents are now choosing to keep their sons intact. At Intact America’s booth, doctors will be able to get information about the ethical considerations and medical risks associated with infant circumcision, still the most commonly performed surgery in the United States.

“The paradigm in this country is shifting,” said Chapin. “More and more parents understand that circumcision is unethical and wrong. It’s time America’s pediatricians realized this, too.”

Earlier this year, Intact America blasted the AAP’s call to legalize a form of female genital cutting, a practice currently outlawed in this country and internationally acknowledged as genital mutilation linked to the oppression of girls and women. After thousands of emails in protest were delivered to the AAP’s offices via a campaign on the Intact America website, the AAP backed down and retracted its statement.

The American Academy of Pediatrics has formed a Task Force on Circumcision, which is currently reconsidering the AAP’s neutral stance on neonatal male circumcision. The Task Force’s charge apparently arose after African studies among consenting adult men purportedly showed that circumcision may play a role in mitigating HIV transmission from women to men – though not from men to women, nor from men to men (the latter still being the most prevalent modality for sexual transmission of HIV in the United States). Chapin noted that these studies were fraught with methodological and ethical problems. “Even if the results are valid for adults in poor countries with very high HIV prevalence, there is no evidence that circumcising unconsenting babies in the United States, where the HIV infection rate is relatively low and routes of transmission are different, will prevent HIV,” said Chapin.