On February 8, 2010, Charlie Sheen was officially charged with assault, menacing and criminal mischief for allegedly threatening his wife with a knife. Will he get off easy in his latest domestic violence case? “Probably,” according to Los Angeles Criminal Defense Attorney Stephen G. Rodriquez, “Just think of the Chris Brown case. Rihanna was severely beaten. If Brown had been a regular guy with a public defender, he would have done time.” 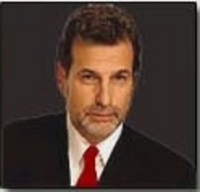 Charlie Sheen was arrested in Aspen, Colorado on December 25, 2009 after his wife, Brooke Mueller, called 911 and reported that he was choking her and threatening her with a knife. Although there was speculation that the prosecution would not officially charge him, they refused to stand down. At his February 8 hearing, Sheen was officially charged with felony menacing, third degree assault and criminal mischief (both misdemeanors.) Whether he will take a plea bargain or fight the charges is unclear; but the celebrity justice system in Aspen, Colorado is reportedly similar to the one in Los Angeles, California. According to attorney Rodriguez, " Sheen’s high-profile lawyers will probably find a way to use his celebrity status to get him a Chris Brown-like plea agreement – some community service, counseling, probation, etc."

In general, prosecutors won’t drop domestic violence charges because they don’t want to send the message to the defendant that he can get away with it. But there are a lot of variables involved in a decision to prosecute a case, for example, the defendant’s criminal record and the victim’s injuries. In this case, although Sheen has a domestic violence prior, Mueller did not suffer significant injuries. The prosecutors may decide that it is just not in their best interest to go forward with the case against Sheen.

There are some significant hurdles the prosecution faces in this case. Mueller is not going to make a great witness for the prosecution. In addition to trying to get the charges dropped, she was reportedly intoxicated at 8:30 a.m. when she made the 911 call; her statements to the police have been inconsistent; she asked the court to lift the restraining order against Sheen and she has a criminal record of her own. She has even hired her own defense attorney, apparently to make sure that she doesn’t expose herself to false arrest allegations. However this plays out, these distractions should work to Sheen’s advantage.

You do not have to be a celebrity to get the best defense. The criminal defense attorneys at Stephen G. Rodriguez & Associates focus exclusively on criminal defense in Los Angeles. They are experienced and aggressive attorneys with a proven track record.