With QR code usage on the rise, smart phones will play a pivotal role in mobile marketing. 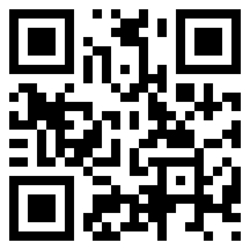 We anticipate this gap closing as Android users quickly adapt to QR usage on the mobile web.

According to a recent analysis by JumpScan, the leading social QR service, Apple’s iPhone outpaced Google’s Android by nearly three to one. The trend is based on a recent sampling of 5,000 scans from mobile devices. Blackberry came in a distant third, generating approximately 3% of the overall scans.

“One of the reasons,” speculates JumpScan co-founder Mike McKearin, “could be that iPhone users had a significant jump start on mobile web, apps and emerging technologies. “We anticipate this gap closing as Android users quickly adapt to QR usage on the mobile web.”

JumpScan provides users with a custom, “all-in-one” QR code that links to a web-based digital profile. The profile allows users to consolidate all their contact information, as well as social media feeds, in one centralized location. The service has been referred to as a digital, social business card. JumpScan was recently featured in Mashable.com, LifeHacker.com, GigaOM and CNN/Money.

JumpScan recently introduced a new user interface, and added tracking statistics to monitor the number of times a user’s QR code has been scanned.

Nielsen estimates smart phone penetration at 25% of the market, while predicting they will overtake feature phones in the U.S. market be then end of 2011. Many in the industry are predicting 2011 as the tipping point for mobile.

“We’re confident that more smart phones are going to come with QR readers pre-installed as demand for instant web access increases,” McKearin continues. “Gone are the days when people say ‘Friend me,’ or ‘Let me type in your phone number.’” Meanwhile the battle for QR scanning supremacy continues. At this point, with Android’s share of market gaining, McKearin predicts a dead heat in the near future.”