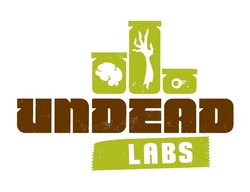 Undead Labs, the premier developer of online world games for console gamers, announced today development of an original zombie-survival franchise in collaboration with Microsoft Corp. Developed by Undead Labs and published by Microsoft Game Studios, the inaugural title will be an open world zombie-survival game scheduled to launch on Xbox LIVE Arcade for the Xbox 360® video game system from Microsoft.

“Undead Labs is thrilled to work directly with Microsoft to bring Xbox 360 players an outstanding zombie-survival franchise,” said Jeff Strain, founder of Undead Labs. “Our mission is to create original online games that truly feel at home on the console platform, and Xbox 360 is a fantastic platform for online console gaming. We plan to create an ambitious open world XBLA game and use its gameplay, setting, and technology as the foundation for a full online world game.”

Code-named ‘Class3’, the Xbox LIVE Arcade game is designed to let zombie fans answer the ultimate question: What would you do in the face of the zombie apocalypse? The end is here. Human civilization has been annihilated. The few, scattered survivors must band together, rebuilding civilization in a third- person action game packed with sweet guns, fast cars, hand-to-hand combat, and copious amounts of zombie gore. Players choose where to make their stand, designing and fortifying their settlements, performing daring raids for valuable stores of food and ammunition, and rescuing other playable survivors. The open world develops in real-time, shaped by player actions, with content determined by their choices and the ever-increasing zombie threat.

“We are proud to collaborate with Undead Labs on the creation of a new game for Xbox 360,” said Matt Booty, General Manager of Microsoft Game Studios. “The Undead Labs team has a successful track record making innovative online games, and we are excited to support them as they bring their experience and talent to Xbox LIVE.”

The game is currently under development by Undead Labs’ veteran, zombie-loving studio team and additional details will be released throughout the development cycle. For more information, visit undeadlabs.com.

Undead Labs is a game development studio dedicated to creating a new class of online world games for console gamers. Founded in 2009 by MMO industry veteran Jeff Strain, Undead Labs is a creative studio built around the most talented—and zombie loving—developers in the industry. Based in Seattle, Washington, the studio’s singular focus is creating the definitive zombie-survival franchise for console gamers. The company’s inaugural game, currently in development, is an open world zombie-survival game for Xbox LIVE Arcade, published by Microsoft Game Studios. For more information, visit undeadlabs.com.