It is notoriously difficult for veterans to get their disabilities connected to their military service - even when the connection is apparent. In this unique case, the Department of Veterans Affairs was made to concede a very important connection and gave justice to a struggling widow. 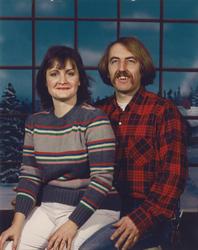 Sheree had fought for service connection for the cause of her husband’s death for almost eight years, based on a promise that she had made to him before his death.

Mrs. Sheree Evans is the surviving spouse of Vietnam Veteran, Edward T. Evans, who passed away from Glioblastoma Multiforme (GM), or more commonly known as brain cancer, in March of 2003. Since this time, Sheree has fought for widow’s benefits from the Department of Veterans Affairs (VA) for her husband’s cause of death as a result of Agent Orange exposure (Board of Veterans' Appeals, Docket No. 05-00 201 / U.S. Court of Appeals for Veterans Claims, Vet. App. No. 06-2190). While Mr. Evans was presumed to have been exposed to Agent Orange during his service in the Vietnam War, one of the most challenging obstacles for Sheree was showing that his exposure to Agent Orange caused the development of brain cancer. VA had consistently maintained that brain cancer is not on their list of Agent Orange-related disabilities, and, as a result, that there is no medical link for the development of this specific cancer to Agent Orange Exposure.

Sheree’s long struggle against VA took her to the Board of Veterans’ Appeals, the highest level of the Veterans Administration’s appeals process. Once she had been denied there, Sheree appealed her case to the Court of Appeals for Veterans Claims. There she was successful in getting the final decision by VA vacated because VA had used an independent medical opinion as evidence, which was merely grounded in the lack of GM being on the Agent Orange Presumptive list as the basis for denying a relationship. VA then ordered another medical opinion which determined that there was no research into the relationship between GM and Agent Orange. Sheree countered with a medical assessment which argued that there was an abundance of research into the relationship between GM and Agent Orange. In a recent decision, the Board of Veterans' Appeals decided that the evidence in favor and against were in equal weight and applied the benefit of the doubt rule and on January 26th, 2011 granted Sheree’s claim. While this is not a precedential decision, VA did admit a link between the two. Time will tell what the outcome of this will amount to, but GM may very well come to be added to the Agent Orange presumptive list.

According to Court documents, Sheree had fought for service connection for the cause of her husband’s death for almost eight years, based on a promise that she had made to him before his death. Sheree plans to write a book in honor of Edward that commemorates his life, his struggle with Post-Traumatic Stress Disorder as a result of his combat experience in Vietnam that left him physically scarred from a shell fragment, and her fight to give him the recognition that he deserves. She is very active with the Order of the Silver Rose, an advocacy group for Veterans and families who have been affected by Agent Orange.

GM is a highly aggressive form of brain cancer which, when left untreated, usually results in death in less than three months. GM has been widely researched and recent studies indicate that there is an increasing prevalence of brain cancers as a result of exposure to toxins (IOM, 2008). Though not specifically studied in Veterans of the Vietnam War, current research shows a causal relationship between herbicide exposure and GM.

The fact is that there is an unusually high number of Vietnam Veterans who suffer from GM and, due to GM’s aggressive nature, a sizable percentage of them have passed on. Studies of the dioxin TCDD, the main dioxin in Agent Orange, in laboratory animals have shown to cause cancers at a variety of sites, including GM (IOM, 2008). These studies have concluded that it is plausible that human exposure to TCDD would cause the same variety of cancers as in laboratory animals. However, there has been a lack of studies on the relationship between Vietnam Veterans and exposure to TCDD. Therefore, the Institute of Medicine, which VA recognizes as the authority of recognizing a relationship between disabilities and Agent Orange, has not issued any reports linking Agent Orange and GM.

About Bergmann and Moore

Bergmann & Moore is a law firm managed by experienced former VA attorneys who focus exclusively on Veterans disability claims. Based in the Washington, D.C. area, we are a national practice, representing Veterans from all over the country.

For more information about the law office of Bergmann & Moore, please visit: http://www.vetlawyers.com.