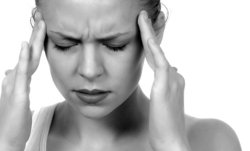 Migraines cost American taxpayers $13 billion in missed work or reduced productivity annually. In a time of job insecurity and financial vulnerability, when stress levels are high and incomes are low, crippling migraines are an ever increasing epidemic. For the 28 million Americans who suffer from recurrent migraines, the accepted treatment is pharmacological therapy. Yet, the feedback is discouraging. 84% of people with migraines report that the drugs do not completely relieve their pain, and sometimes do not even work at all. 71% note their headaches return after treatment. More than a third report that the drugs are associated with too many side effects.

Dallas neurologist Jonathan Walker, M.D., (The Neurotherapy Center of Dallas) recently published a study* in the journal Clinical EEG and Neuroscience in which he used quantitative EEG (QEEG) brain imaging to map the brain activity of 71 patients who came for migraine treatment. He discovered a brain activation pattern associated with systemic stress common to every single patient. He then offered to treat anyone in the group using neurofeedback instead of drugs. 46 patients took him up on the offer, 25 patients decided to remain on the drugs.

Dr. Walker treated those who opted for neurofeedback with an average of 24 sessions, using innovative brain-computer interfaces developed by BrainMaster Technologies, Inc., of Bedford, Ohio, a leading provider of neurofeedback equipment and technology. During treatment sessions, patients were attached to sensors, which tracked their brain waves and delivered real-time visual and auditory information as they entered a specified combination of brainwave conditions associated with relaxation and self-regulation.

Dr. Walker’s study demonstrates the effectiveness of neurofeedback in treating patients with recurrent migraines with a moderate investment of time and energy, and no apparent risk to the individual.