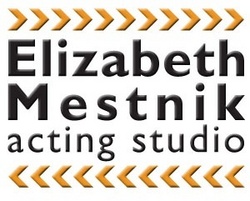 Participants must be 18 years or over in order to qualify and reside in the United States. One winner will be chosen on June 1st, 2011. For further information, visit the Elizabeth Mestnik official website or Facebook page.

"We believe that to be a great actor you must be willing to learn your craft", a popular quote by Elizabeth. Like any profession, acting isn’t something you can learn in a month. If this is your dream, you need to be willing to invest your time, energy and passion to pursue it. If you are ready to make that commitment, then we’re ready to invest in you!

"Our reputation is for producing exciting and spontaneous actors with reliable acting technique". That is why The Elizabeth Mestnik Acting Studio is the recommended actor-training program for NBC’s Talent Development Initiative. It’s the professional classes as well as the one-on-one commitment to each student that has earned EMASLA reputation as one of the most respected acting schools in Los Angeles.

Elizabeth Mestnik Acting Studio offers in addition to Beginner Acting Classes, Meisner Technique Classes, Scene Study and Professional Programs to name a few. EMAS is currently interviewing students for their summer Meisner Technique Intensive. This 5-week program meets 3 times a week for 3 hours a class. It is rigorous and challenging and only actors ready to fully commit to this month long program need apply. It is an excellent introduction to the Meisner Technique and the environment at the studio, helping the students and instructors determine if EMAS is the right place for the student's professional training. Admission interviews are required and can be arranged by calling the studio at 323-528-6280.