Tulsans to Senator Inhofe: 'Come Home and Be Part of the Parade'

Last year, Senator James Inhofe (R-OK) refused to attend the Tulsa Holiday Parade of Lights unless it changed its name to include the word “Christmas.” This year, the parade’s sponsor, This Land Press, has published an open letter inviting Inhofe to rejoin the Holiday Parade—even though it still does not contain the word Christmas. 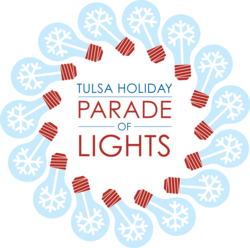 Tulsans want to send a clear message that we welcome and respect people of all faiths. We want Senator Inhofe to join us.

This Land Press, a new media company in Oklahoma, has invited Senator James Inhofe to return to Tulsa’s Holiday Parade of Lights. A year ago, the holiday parade received national attention when Senator James Inhofe refused to attend the event, telling the Tulsa World Washington Bureau that he would not participate unless the parade changed its name to the Christmas Holiday Parade of Lights. In previous years, Inhofe rode a horse during the downtown parade. The name had been changed the year before and Inhofe had participated.

Media outlets ranging from Fox News to The New York Times to Conan O’Brien to Jon Stewart’s The Daily Show covered Inhofe’s refusal to participate in the parade.

This year, the senator has a new invitation from This Land Press, a new media company in Tulsa that has rapidly ascended into the Oklahoma media spotlight. The company, which sponsors this year’s Holiday Parade, has published a letter welcoming Inhofe to rejoin the Holiday Parade and spells out the importance of the parade to the larger community in Oklahoma.

The letter, written by This Land’s publisher, Vincent LoVoi, points out that this year’s parade will be the first in which Tulsa’s Jewish and Muslim communities participate. The parade’s grand marshals will include interfaith clergy, plus local churches including the pastor of Mt. Zion Baptist Church, a historic church in Tulsa that symbolizes the spirit of reconciliation that triumphs over the Tulsa Race Riot of 1921.

“The local community has truly rallied around the Holiday Parade of Lights this year,” says LoVoi. “Tulsans want to send a clear message that we welcome and respect people of all faiths. We want Senator Inhofe to join us.”

A new, separate parade, organized as the Tulsa Christmas Parade, will occur simultaneously, with the route winding through the large parking area of a South Tulsa shopping mall.

The Columbia Journalism Review called This Land Press the “New Yorker with balls.” Already, This Land Press enjoys one of the largest online media communities in Oklahoma, with its 30,000 Facebook fans far surpassing that of the local daily and other media outlets.

A Tulsa tradition for more than 70 years, the Tulsa Holiday Parade was originally created by Tulsa’s downtown merchants to stimulate commerce during the holidays. In its December 1 print edition, This Land will offer a comprehensive article covering the parade’s fascinating history.