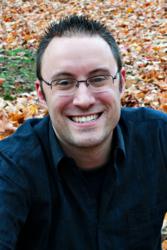 "My goal was to set scientific findings in a biblical context," said Gilkerson, who is also the editor of the Covenant Eyes blog Breaking Free.

Gilkerson doesn’t leave his readers without hope. In three steps, he maps a biblical escape from the temptations of pornography.

This concerns Gilkerson because one survey among divorce lawyers tells us that pornography obsession is a contributing factor in over half of divorce cases. "Young men and women, even Christians, are setting themselves up for relational failure," Gilkerson says. "We need a biblical vision for what sexuality is meant to be."

Gilkerson is among the most knowledgeable writers today on the topics of pornography and how it affects individuals and their relationships.

To learn more about these resources or to arrange an interview Luke Gilkerson, please call Sam Black at 989.720.8018 or send e-mail to sam.black(at)covenanteyes(dot)com.