Toyboywarehouse.com the UK’s top online dating site for women and younger men says that the lower age limit of women wanting to date a younger man is going down. 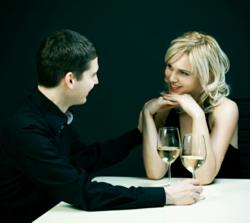 The age of women looking for younger men has gone down dramatically in the last few years.

Toyboywarehouse.com the UK’s top online dating site for women and younger men says that the lower age limit of women wanting to date a younger man is going down.

Last week when Xtra Factor host Caroline Flack, 32 announced she was dating Harry Styles, 17 from One Direction, it caused a furor on Twitter and in the press.

Caroline Flack has had hate mail since she started dating Harry. She said: "It's a form of bullying. I knew they were just a minority of One Direction fans and all very young. I can't take it seriously."

The Daily Mail’s attack dog columnist Jan Moir, called the relationship “inappropriate. Even slightly creepy.” She referred to Styles as a child. However Toyboy Warehouse’s founder, Julia Macmillan, has a different view on the matter.

“When I launched Toyboywarehouse.com in 2007 it was because I was unhappy with the type of messages I was getting on the mainstream dating sites. Mainly older men who felt a woman in her forties would be lucky to get any messages. So I started my own site as I, and many of my female friends, have always dated younger men. When it launched the women were mainly 35 and up however over the years since then, we have had to put down the lower age limit for women to 25 as so many women in their 20s are attracted to younger men. I call it the Justin Bieber effect.”

With the growth of women seeking younger men to date, and with no shortage of young men who want an older girlfriend, Julia is looking to expand Toyboy Warehouse round the UK as at the moment it is mainly London dating. She intends to do this via a network of ambassadors who would help promote the brand by hosting parties. Candidates must be fun, outgoing and have plenty of friends in their network. They can be either men or women and the lower age limit for male candidates is 18 and female candidates 25. Anyone interested in doing this should contact us via the site.

“Far from ‘slightly creepy’” says Julia Macmillan “have you seen the photos of them together? They look like they are having so much fun. Isn’t that what it’s all about?”