With holidays approaching, the seven-digit jury award, obtained by Miami’s Gerson & Schwartz law firm, is a wake-up call that clubs and other establishments need to proactively, and reasonably, protect patrons 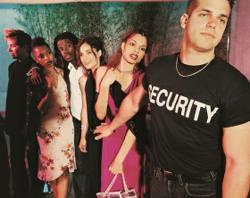 Ever since 9/11, Americans know that security isn’t about an old man asleep on a stool in a bank or grocery store,....Nor should it be a poorly trained bouncer in a club....

A November 10th, 2011 jury verdict, awarding $1,050,000 to a 30-year-old Florida man savagely beaten at a popular Miami nightclub, wasn’t just a victory for the plaintiff and his injury lawyers at Miami’s Gerson & Schwartz. It was also a wake-up call that nightclub security measures need to move into the 21st century, says the firm’s senior partner, Philip M. Gerson -- especially with the holiday season upon us.

“The holidays are a time for celebration and leisure, and many people in Florida and elsewhere will be heading to clubs and other establishments, expecting not only to have a good time but to be safe,” says Gerson, a veteran trial lawyer and advocate for crime victims’ rights. “Unfortunately, too many nightclubs are dropping the ball on security, relying on antiquated methods like the use of poorly trained bouncers. Our case, involving one of Miami’s best known, trendiest clubs, shows that even A-list venues can have D-list security. It’s time to change that.”

In the November case file NO. 15038 CA10 and verdict file NO. 09-58923-CA23 – David Millian v. Penrod Brothers Inc., D/B/A NIKKI BEACH Club -- Gerson’s client had been attacked and severely injured at Club Nikki in South Beach. Nikki Beach Club and is a well known South Beach hot spot located on an oceanfront complex featuring an upstairs dance club and downstairs beach club and lounge with cabanas, lounge beds, and two restaurants. Punched in the face by a fellow patron who was holding a glass, the victim suffered deep facial lacerations that required reconstructive surgery -- leaving him with significant scarring. During the nearly two-week trial, Gerson successfully argued that the club’s security was woefully inadequate. "Indeed, the attack occurred in what should have been the most protected spot in the establishment, a small area near the restrooms and front entrance" stated Mr. Gerson.

Nor was this an isolated event. Last summer, Gerson & Schwartz obtained another million-dollar award in a security-related case, this time for the family of a victim who wasn’t as fortunate. In Roger Hall Sr. as Personal Representative of the Estate of Roger Hall et al., v. Royal Palm Park West, LLC., et al Case No: 0615038 CA-10 Miami Dade Circuit Court. The decedent, Roger Hall Jr., a star high school quarterback was stabbed to death at a large Miami nightclub in the well known Park West night club district in Miami, Florida leaving a 2-year-old son. While the crime has not yet been solved, a Florida jury ordered that the property owner must pay $1.7 million in damages.

“Ever since 9/11, Americans know that security isn’t about an old man asleep on a stool in a bank or grocery store,” says Gerson, who has represented injury and crime victims for more than 40 years. “Nor should it be a poorly trained bouncer in a club. Security is a science and there needs to be a professional approach. Everyone knows that mixing alcohol and testosterone can be a recipe for confrontation. People have a legal right to be safe from violence whenever they are in a public space. That means property owners and club operators have to undertake precautions commensurate with the inherent risks they foster to earn money.”

Such precautions, the veteran injury lawyer says, should include proactive security, where properly trained and supervised personnel carry out careful admission procedures, weapons checks (requiring, in many clubs, metal detectors or pat downs), stringent enforcement of lawful age statutes, and careful observation of customer behavior -- identifying those who show signs of intoxication or substance abuse.

“Management of aggressive behaviors, or MOAB, is now an accepted part of security science in public places drawing large crowds,” says Gerson, who also serves as a board member of the National Center for Victims of Crime, the nation's leading resource and advocacy organization for crime victims. “Protective interventions before potentially dangerous customers lash out are key. This could consist of a warning to friends or even a paid taxi ride home. It’s a small price for a nightclub to pay to prevent a disaster on its property -- and to prevent great harm to innocent people inside or outside the club.”

Security and safety, Gerson notes, is everyone’s business and requires attention, focus, and effective, well-crafted procedures. “Keeping revelers safe,” says the injury lawyer, “is one New Year’s resolution that needs to begin before we ring in 2012.”

About Gerson & Schwartz P.A.
Founded in 1970 by Miami personal injury lawyer Philip M. Gerson, the law firm of Gerson & Schwartz, P.A., has spent the past four decades protecting, and vindicating, the rights of individuals who have suffered serious harm -- from automobile accidents to medical malpractice to cruise ship injuries. In the process, the firm has become recognized as “Top Lawyers” by the South Florida Business Review, and recognized widely for its work with public interest groups like the International Cruise Victims Association and the National Center for Victims of Crime. To learn more about the trial lawyers of Gerson & Schwartz, visit http://www.injuryattorneyfla.com.