Environmental Protections Cut to the Bone in House Budget Proposal

Legislation Has the Potential to Devastate Conservation Efforts Both in the U.S. and Abroad and Ignores the Threat of Climate Change 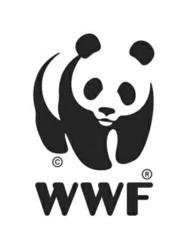 I want my kids to breathe clean air, drink clean water and enjoy the outdoors, whether it’s a local baseball field or Yellowstone National park

America’s conservation heritage took a major hit in the reckless budget plan that passed the House of Representatives, including many programs intended to protect the health of our children and the natural world that we all depend on, World Wildlife Fund (WWF) said today. The budget proposal strips away funding to save the world’s forests, fisheries and disappearing wildlife. It would also take unprecedented steps to prevent the stewards of our air, water and public lands from doing their jobs, leaving millions of Americans in harms way. Many of the proposed cuts would slash funding by 30 percent or more, and some programs to maintain America’s parks, protect tropical rainforests and to address the causes and consequences of climate change would be eliminated entirely.

“I want my kids to breathe clean air, drink clean water and enjoy the outdoors, whether it’s a local baseball field or Yellowstone National park,” said Carter Roberts, president and CEO of WWF. “I want to be able to catch fish in America's rivers and not worry they’re poisoned with mercury. I want to tell my kids that they share a world with wild tigers and elephants. Do the House members who voted for this bill not share these same values?”

Funding for global conservation programs is a historically small part of the budget. Overall foreign aid, for example, accounts for approximately 1.5 percent of the budget and this has been consistent in both good and bad economic times. Surveys have long shown Americans think we should spend 5 to 10 percent of our budget on helping people around the world.

“Our budget woes are temporary, but extinction is forever,” said Bill Eichbaum, vice president of government relations with WWF. “Budget discipline is important, but there is a difference between reasonable and radical. This is simply an all-out assault on science and reason. From cutting funding for food banks to education to environmental protection…this is an anti-everything budget.”

President Obama introduced a budget proposal for fiscal year 2012 that includes more than $1 trillion in deficit reductions, two-thirds of it from cuts.

"In contrast to the House of Representatives' slash-and-burn budget bill, President Obama's funding proposals for the coming year take a measured and reasonable approach - reducing our deficit while protecting essential programs and American values," added Eichbaum. “As this debate moves on to the Senate, we now look to them to take a similarly thoughtful approach to the budget.”

The House budget proposal would have a profound negative impact on successful conservation and science programs currently underway. Agencies facing cuts include:

The budget would also prohibit any funds: