Intact America Tells Doctors to Put Down The Knife! 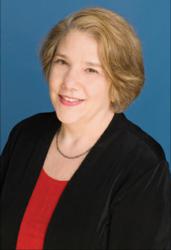 Intact America, an organization founded in 2009 to abolish the practice of infant and child circumcision, has launched a campaign calling upon American doctors to stop performing medically unnecessary circumcisions on babies and children.

“The American Academy of Pediatrics (AAP), the American Academy of Family Physicians (AAFP), and the American College of Obstetricians and Gynecologists (ACOG) all acknowledge that infant circumcision is not medically necessary, yet their members are responsible for a million infant circumcisions performed in the United States each year,” stated Georganne Chapin, an attorney and founding Executive Director of Intact America.

Intact America’s new “Put Down the Knife!” campaign calls upon physicians in these organizations to educate parents about the lack of medical necessity for circumcision and the risks and harms it poses, and to refuse to circumcise babies and children – minors who cannot consent but who will live with the consequences of this permanent removal of healthy genital tissue for the rest of their lives.

On March 24, 2011, Intact America issued a nationwide action alert to its tens of thousands of supporters asking them to send an electronic message, delivered by email to the AAP, the AAFP and ACOG, telling their members to stop promoting and participating in the unethical procedure. Within the first three weeks, nearly 100,000 messages were sent to the leadership of those organizations. In response to the huge influx of emails, the American Academy of Family Physicians, based in Kansas City, contacted Intact America and asked that its staff and board members’ names be removed from the list of recipients. Intact America is continuing to collect the messages to the AAFP, and will forward them to that organization via other means.

The electronic campaign message (which can be modified by the sender) reads in part: “Many doctors say that they do circumcisions because parents request it. Under accepted bioethical principles, parents cannot give proxy consent for elective procedures. Just as physicians must, and do, refuse to surgically alter the genitals of a girl child, they should refuse to alter the genitals of a boy.”

According to a recent report published by the Centers for Disease Control and Prevention (CDC), the neonatal circumcision rate has dropped from 90 percent thirty years ago to 33 percent in 2009, but male circumcision continues to be the most commonly performed surgery on infants and children in the United States.

“Doctors have a responsibility to tell parents that circumcision does not aid in hygiene, it does not make the normal penis ‘look better,’ and it does not prevent disease,” remarked Chapin.

Although some circumcision proponents are using AIDS and STD prevention as yet another reason for promoting circumcision, the facts do not support their claims. European nations, with circumcision rates near zero, have lower HIV/AIDS rates than the United States. And, circumcision in America does not correlate with the incidence of HIV or any other sexually transmitted infections in any ethnic population or geographic region.

Furthermore, circumcision presents significant risks, including infection, hemorrhage, impaired sexual function, and even death. Just last year, a Georgia boy received $2.3 million as compensation for a botched circumcision that removed a large part of his penis. And earlier this month, a South Dakota family was awarded $230,000 for the loss of their son, who bled to death following his circumcision.

In speaking about the Put Down The Knife! campaign, Chapin said: “It’s astonishing how comfortable physicians feel blaming parents for ‘insisting’ on circumcision for their sons. Would a doctor – a licensed professional who has taken an oath to do no harm to his or her patients – perform an unnecessary appendectomy on a child if a parent requested it? Would a doctor remove a baby girl’s genital labia, or pierce her hymen or clitoris, because a parent insisted? We know the answer to these questions is ‘no,’ yet doctors continue to circumcise baby boys, blame the parents, and perpetuate this senseless custom.”

One of the next steps in the “Put Down the Knife!” campaign is an Open Letter to be placed in the Washington Post on May 2, during the upcoming annual meeting of the American College of Obstetricians and Gynecologists, April 30 ̵ May 4, in Washington, DC. Intact America applied to purchase space in ACOG’s exhibit hall, but was refused on the grounds that its “product/service was beyond the scope of the practice of obstetrics and gynecology.”

“We couldn’t agree more that unnecessary infant circumcision does not belong in the practice of obstetrics and gynecology – or anywhere else in medical practice, for that matter. Yet doctors continue to do it. Our goal is to make them think about what they are doing when they amputate a healthy body part from an unconsenting baby,” Chapin said. “Think about it, and stop.”