A bold, information-rich new website for the Vidanta Foundation is unveiled by philanthropist Daniel Chavez Moran 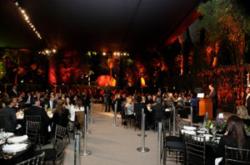 Bold graphics and a clean, easy-to-read format are just some of the features of the recently redesigned website for the Vidanta Foundation, the non-profit institution founded by philanthropist Daniel Jesus Chavez Moran and headed by the internationally recognized Dr. Roberto Russell.

The newly launched website includes the latest updates on the projects, seminars and publications sponsored by the Foundation and produced through a partnership with international organizations and institutions of higher learning throughout the Americas, including the Weatherhead Center for International Affairs at Harvard University, and the Woodrow Wilson International Center for Scholars, in the United States.

Daniel Chavez Moran, now retired from the development of hotels and resorts, founded Grupo Vidanta in 1974 after graduating from The University of Guadalajara with a degree in Civil Engineering. He retired in 2005 to found Fundación Vidanta (originally named Fundación Grupo Mayan) and focus on philanthropy. Fundación Vidanta is a non-profit institution with a mission to promote social sciences and culture for the common good. Moran is also the founder of Fundación Delia Moran A.C., which is focused on helping children grow up in a healthy environment. While no longer active in Grupo Vidanta itself, Moran's efforts in the non-profit sector help promote the name of the companies he originally founded.

About the Vidanta Foundation