Sorel Mizzi’s Next Play; Bluff Magazine’s 2010 Player of the Year Turns 25, With a Mission; “Poker Players Against Poverty” Established To Help Those in Need

“Poker Players Against Poverty” Established To Help Those in Need 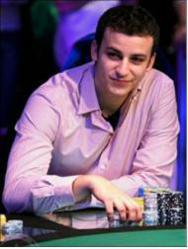 When Sorel Mizzi turned 25 on April 16 of this year, he already earned one of the top nods in the poker world as Bluff Magazine’s Player of the Year for 2010.

On March 9, 2011, Sorel is acknowledged by a leading poker information site as one of the Top 25 most popular players with winnings-to-date of 52 cashes and six victories. He placed third at 2010 Aussie Millions ($599,319) and ninth ($108,967) in 2011. More recently he won the FTOPXX leader board challenge. He’s also just qualified for the new Federated Poker League. That Sorel is a winner is obvious to even a casual observer. Now he’s putting his winning ways into philanthropic endeavors.

In conjunction with his young and spectacular quarter century on the planet, Sorel has helped establish a charitable program with an initial $10,000 donations for Poker Players Against Poverty (PPAP) under A Good Idea, a nonprofit that connects people in need with people who want to help to alleviate poverty and homelessness.

With Sorel in the lead, Poker Players Against Poverty will recruit other like-minded poker players who will commit service days and percentages of their tournament winnings in the fight against poverty.

In addition to Sorel’s first donation of $10,000, he has pledged 5% of all tournament winnings through the lifetime of his poker-playing career.

Sorel will also participate in four service days annually working directly with the homeless in 2011, with plans to work with the Nevada Partnership for Homeless Youth.

“I am very excited for 2011 and beyond,” states Mizzi. “I will be placing equal priority on progressing as a poker player and giving back to my community. As a young poker player with a talent that brings me financial abundance, I feel it’s my responsibility to give back to people in need who are hurting financially.”