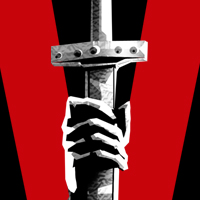 Victory Film Group and The RightOnline Conference jointly announced that the controversial film, The Undefeated, will be screened for a select group of bloggers at the Americans for Prosperity Foundation’s RightOnline Conference in Minneapolis, Minnesota, on Friday, June 17 at 9pm CST. The Undefeated is an independently produced feature film about Alaska Governor and Vice Presidential candidate, Sarah Palin.

RightOnline is a conservative technology activism conference that runs opposite the left-wing Netroots Nation Convention.

“The center-Right is taking a closer look at Sarah Palin as she is getting high profile attention for her nationwide bus tour, release of emails, and overall political positioning. This film takes an unvarnished look at a woman that leaves the mainstream media in her dust and makes no apologies,” said Tim Phillips, President of Americans for Prosperity and President of Americans for Prosperity Foundation.

“I’m pleased to screen The Undefeated at AFP Foundation’s RightOnline Conference this Friday, and allow hundreds of free-market activists to learn the real story behind Palin’s political career,” he added.

The movie features a wealth of rare and never-before-seen footage, as well as exclusive interviews with Alaska lawmakers who offer a revealing and fresh perspective on Palin’s time in office.

With commentary from prominent conservative such Mark Levin, Andrew Brietbart, and Tammy Bruce, Bannon says the film depicts “the dramatic struggle of Governor Palin against the entrenched Republican establishment and Big Oil. This film is a real-life version of Mr. Smith Goes to Washington.”

With previously unseen footage and new exclusive interviews, audiences will leave the theatre with a new perspective on Governor Palin, the media, and contemporary politics.

The Undefeated will premiere in Iowa, New Hampshire, and South Carolina in late June and early July, and the film is slated for a nationwide theatrical release beginning July 15 through exclusively at select AMC theatres. Cinedigm Digital Cinema Corp., a full-service theatrical distributor specializing in digital cinema, is managing the theatrical release and ARC Entertainment has taken on worldwide distribution responsibilities for the project.

The Undefeated has been called:

Victory Film Group develops, produces and distributes documentaries and films that address today’s leading political, socio-economical and cultural issues while incorporating the conservative perspective. Victory Film Group’s motion pictures are considered amongst critics to be one of the best conservative-themed collections in film history. http://www.victoryfilmgroup.com