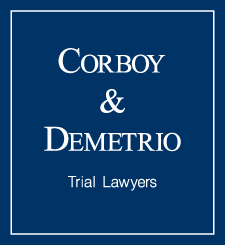 Jason and Adolfo had a dream vacation turned into a nightmare. What was supposed to be a relaxing family vacation suddenly turned into a dreadful experience due to thuggery and a sham follow-up investigation, said Thomas A. Demetrio.

Gomez and Arreola were allegedly attacked by members of the Cast and Crew of The Real Housewives of New Jersey while they vacationed at the Hard Rock Hotel in Punta Cana, Dominican Republic, according to the lawsuits.

The beating allegedly occurred after one of The Real Housewives of New Jersey, Theresa Giudice, sprayed champagne into the eyes of Arreola’s mother-in-law, Yolanda Martinez. Corboy & Demetrio also represents Ms. Martinez, according to court documents.

Joe Giudice, Albert Manzo, Christopher Manzo, and other members of The Real Housewives of New Jersey were in the Dominican Republic for the filming of “Season 3” of their show, when they allegedly swarmed Arreola and Gomez in a Hard Rock Hotel nightclub, knocking them to the floor and punching, kicking and jumping on them, according to the lawsuits.

The lawsuits allege a result of the beating, Adolfo Arreola’s arm was fractured, requiring surgical repair upon his arrival back to Chicago.

Mr. Arreola is out of work as a University of Illinois-Chicago police officer while he rehabilitates his broken wrist. Jason Gomez sustained a fractured bone in his leg and torn ligaments in his knee.

Upon his return to Chicago, he underwent extensive surgery to repair the knee. According to court documents, it may be years before Mr. Gomez returns to work as a union electrician in the Chicago area. It is suspected that the beating was caught on videotape.

The lawsuits allege that after the incident in the Dominican Republic, the Hard Rock Hotel refused to call the local police or call for an ambulance transport of the injured guests. Arreola and Gomez’ passport were seized and not returned until after they signed a purported release of claims, written by attorneys flown into the Dominican Republic for The Real Housewives of New Jersey cast and crew.

"We consider the release a nullity, as these victims were forced to sign it under duress. The allegations in the lawsuits show they signed it only because they needed to get back home to acquire proper medical attention, but were told they would not leave the Dominican Republic alive if they did not sign the document.

Jason and Adolfo had a dream vacation turned into a nightmare. What was supposed to be a relaxing family vacation suddenly turned into a dreadful experience due to thuggery and a sham follow-up investigation. We credit the U.S. Department of State for intervening and ensuring the safe return of the Gomez and Arreola families."

"The alleged beating at the hands of these ‘reality stars’ caused injuries that Jason and Adolfo will have to live with for the rest of their lives. It should never have happened - Hard Rock Hotel should have prevented this foreseeable carnage.

As if the brutal beating wasn’t bad enough, the subsequent indifference to Adolfo, Jason and their families is alarming. With visible injuries to their bodies, Jason and Adolfo were left to suffer on their own, without proper medical care and without proper police involvement."

The lawsuit naming Joe Giudice, Albert Manzo, Christopher Manzo, Gregory Bennett and their employers, Bravo and Sirens Media, were filed in New York City by Corboy & Demetrio’s co-counsel, Thomas A. Moore of the law firm of Kramer, Dillof, Livingston & Moore. The lawsuit naming the owners and operators of the Hard Rock - Punta Cana was filed in the Circuit Court of Miami-Dade County by Corboy & Demetrio’s co-counsel, Michael Eidson of the law firm of Colson Hicks Eidson. Both firms, working in conjunction with Corboy & Demetrio, will seek Orders mandating that any and all videotaped footage in the possession of Sirens Media/Bravo and/or Hard Rock - Punta Cana be immediately produced.

About Corboy & Demetrio
Corboy & Demetrio is one of the nation’s premier law firms. It represents individuals and their families in serious personal injury and wrongful death cases and is renowned for its achievements in the courtroom and for its contributions to the community. The rights and concerns of its clients are at the core of Corboy & Demetrio’s practice. That commitment, dedication, compassion and relentless drive has resulted in exceptional service and exceptional results for its clients. The firm has acquired more than $3 billion in settlements and verdicts and has attained almost 600 settlements and verdicts in excess of $1 million. The firm's website is corboydemetrio.com.