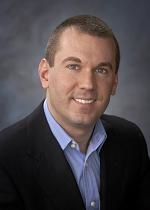 Part of the reason I moved my corporation ... is the much better business and tax climate in Texas.

Frank Rumbauskas, author of the New York Times best-seller Never Cold Call Again (Wiley, 2006) and several other books, made the decision this week after considering the amount of revenue his California affiliates have generated, versus the compliance costs and potential loss of business that might result from imposing sales tax on the nation's most populous state.

"Part of the reason I moved my corporation from Arizona to Texas last year, when I moved here personally, is the much better business and tax climate in Texas. While Arizona's taxes aren't nearly as oppressive as California's, they seem draconian when compared with Texas. So, running the risk of having business nexus in California, the most anti-business state in the nation, wasn't even an option."

Rumbauskas says his business won't be affected very much because affiliates play only a very minor role in his overall marketing strategy, but he feels sorry for affiliate marketers living in California.

"I've been in the internet marketing world long enough to know that California is home to a huge amount of affiliate marketers. Many of these people make their entire living as affiliates, and now they're having the rug pulled out from under them by an out-of-control state government that insists on further punishing businesses in order to keep their insane entitlement programs running."

In response to the argument that he should just be a good corporate citizen, apply for a California sales tax license and begin charging sales tax to California residents, he says, "The issue is two-fold: First is the compliance cost of maintaining a sales tax presence in California. They're notorious for their overly intrusive and frequent sales tax audits. The cost of responding and complying, remotely from Texas, far outweighs any benefit of having affiliates located there. Second, I've always been an outspoken patriot and advocate of lower taxes and smaller government, so I believe I'm doing the right thing by refusing to have affiliates in California."

When asked if he would stop selling to Californians entirely if the state demanded sales tax from all merchants, irrespective of nexus, Rumbauskas cited out the 1992 Supreme Court ruling barring any such activity.

Ultimately, Rumbauskas says California's biggest mistake is the short-sighted nature of their decision, which he insists will cause them to lose far more revenue than they believe they'll collect. "The big detail that California's small-minded politicians missed is that tens of thousands of affiliates in California, who are having their affiliate accounts cancelled immediately, will no longer generate any income as affiliates, meaning no more income tax on all that money. The puny amount in sales taxes they're trying to snag pales in comparison to the income tax revenue they stand to lose."

"Business owners and entrepreneurs are already leaving California in droves, and now you'll see career affiliates jumping on that bandwagon. They won't have a choice. Here in Texas I regularly joke that there are more cars with California plates than Texas plates on the road, and that's exactly due to California's anti-business climate that just keeps getting worse. And with all of the conservative and libertarian voters packing up and moving out, there will be no one left to stand up for free enterprise anymore."

Rumbauskas says that he has plenty of business contacts in California and would be surprised to see any, other than native Californians with deep roots in the state, who will stick around and continue to tolerate the oppressive business climate.