UndercoverLovers.com, an Anglo-French dating website for married people seeking illicit affairs has reported a surge in British ladies of a certain age joining the site. 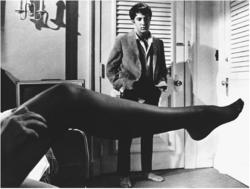 It may be that this generation of middle-aged women feel like they missed out on the excitement and experimentation enjoyed by subsequent generations and are now seeking their share of fun.

Whilst you might expect the minds of middle-aged married women to be turning to more sedate pursuits such as making pickle for the WI and embarking on Caribbean cruises, it would appear that many amongst today’s generation of over 50’s ladies are seeking to expand their sexual horizons.

The site has revealed that since Undercover Lovers was launched in 2010 more than 75,000 women aged 50+ have joined the site and the trend is on the up.

Site spokesperson and co-founder Emily Pope explains: ‘When we launched Undercover Lovers, we expected it to appeal to predominantly 30 and 40 something spouses seeking an injection of missing excitement or emotional fulfillment in their lives. However we have been surprised by the number of over 50’s signing up, particularly the number of ladies. In our first quarter women aged 50 and above represented approximately 20% of our female members, but now the number is in excess of 30% and rising.’

Seeking to explain the trend, her co-founder Amélie Duval comments: ‘The surge in baby boomer adulterers is indicative of an ongoing redefinition of when and what represents ‘middle-age’. It may be that this generation of middle-aged women, because they generally married much younger than people do nowadays and in a less permissive age, feel like they missed out on the excitement and experimentation enjoyed by subsequent generations and are now seeking their share of fun. Additionally, as most of the over 50 wives joining Undercover Lovers are also Mums, we may be seeing the effects of empty nest syndrome. After their children leave home, many ladies report feelings of emptiness and loneliness and seeking an extra-marital affair is one way of filling the emotional void.’

Undercover Lovers also reveal that their middle-aged lady members are not confining their search for philandering partners to married men of their own generation. The average age search parameters requested by female members aged 50 and above is between 10 years younger and 7 years older suggesting the cougars are on the prowl!

About UndercoverLovers.com
Undercover Lovers is the world’s premier extra-marital dating agency run by women. Founded in 2010 by Anglo/French friends Emily Pope and Amélie Duval, it has grown rapidly to become the foremost online dating destination for married women, and the men who wish to meet them. With over 500,000 members, the site was created to provide a safe, discreet and non-judgmental environment, where married women and men can meet.

Undercover Lovers retain a stack of statistics on adultery and related subjects and are happy to share this information with interested journalists. We have experienced media representatives available to contribute to discussions on the subject, as well as female and male members willing to talk openly about their experiences on and off the site.