Nutri-Med Logic Corp says that studies done by University Hospital of Düsseldorf, Germany, relating to the role of anti-oxidant nutrient "R-Alpha Lipoic" in Diabetics, resulted in a meaningful improvement and was well tolerated. The study found that changes were significantly better for the Alpha Lipoic Group. 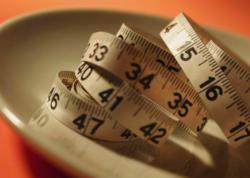 Nutri-Med Logic Corp: A recent study published in Diabetes Care (2011 July 25), highlighted the importance of R-Alpha Lipoic for the diets of diabetics.

While there are many pharmacological agents with proven efficacy for Diabetic neuropathy (nerve degeneration), but only two nutrients are being closely studies for Painful Diabetic Polyneuropathy: The antioxidant Alpha Lipoic and topical capsaicin, says Diabetes Metabolism Research and Reviews.

Moreover, according to Current Diabetes Report, a longitude of studies, preclinical to clinical, have found a valid relationship between nutritional supplementation of R-Alpha Lipoic and heath benefits in type 2 diabetes.

Alpha Lipoic is found in variety of foods but its levels do not increase, significantly, through conventional food and thus its dietary supplementation is the preferred choice for those looking to have its ideal benefits.

Research on R-Alpha Lipoic goes back nearly half of century, when, in 1966, the government of Germany endorsed Alpha Lipoic for Diabetic Polyneuropathy. The first human clinical studies in the United States, relating to R-Alpha Lipoic, were carried out in late 70's by Dr. Fredrick C. Bartter and Dr. Burton M. Berkson, two associates of the National Institutes of Health. in June 2004, the Ministry of Health, Labor, and Welfare of Japan, also, reclassified Alpha Lipoic as a nutrient.

Additionally, in 1996, an anti-oxidant researcher at University of Berkeley, California, Dr. Packer, a professor of molecular and cell biology discovered that R-Alpha Lipoic also increases the production of and internal anti-oxidant called Glutathione, which re-energizes vitamin C and E. Accordingly, a diet consisting R-Alpha Lipoic not only is beneficial for diabetics, but rather for all.

However, diets of R-Alpha Lipoic for diabetics must be differentiated from diets for those taking R-Alpha Lipoic as an anti-oxidant or in the pursuit of increasing their Glutathione levels, which allow us to conclude that, while, Nutri-Med Logic Corp. agrees with the recent study published in Diabetes Care, but adds that over-supplementation of this nutrient, as any other micro-nutrients, could be worrisome and, in support thereof, sites the landmark study Published by A SPECIAL HEALTH REPORT FROM HARVARD MEDICAL SCHOOL, in 2006, which not only warned against too little of essential micro-nutrient but also against getting too much, as well.
Nutri-Med Logic Corp. believes that unless there is sound and valid reason, more is not better and, to the contrary, more could be worrisome.

Nutri-Med Logic Corp is a producer of dietary supplements, including R-Alpha Lipoic 75mg, which its formulation was based on a sound and logical reasoning: To avoid its over-supplementation, as well as, two years of investigation on the health benefits and the ideal amount of a sustained daily "Dietary Supplementation" of R-Alpha Lipoic.

It must be noted that the studies, cited in this release, above or below, have not been evaluated by The FDA and, thus, one should not relate the cause of Diabetes to lack of R-Alpha Lipoic in diet; nor equate supplementation R-Alpha Lipoic to prevention, treatment or cure.