Staying Healthy and Planning For Retirement—New Data on Employee Benefits 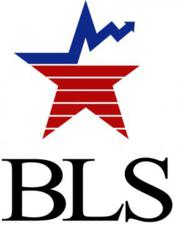 The U.S. Bureau of Labor Statistics has released its annual report from the National Compensation Survey on Health and Retirement Plan Provisions in Private Industry in the United States, 2010 (August 2011, Bulletin 2770). The survey was based on a sample of approximately 3,200 establishments.
Among the data published for health benefits, the report finds that 76 percent of employees participating in medical care plans are in fee-for-service plans while the remaining 24 percent are in Health Maintenance Organizations. The median deductibles in fee-for-service plans were $500 for individuals and $1,000 for families. The median out-of-pocket maximums were $2,000 for individuals and $4,000 for families. Health Maintenance Organizations had the same medians for out-of-pocket expenses as the fee-for-service plans.
The survey reveals that defined contribution plans take many forms; 68 percent of workers participating in a defined contribution plan are in a savings and thrift plan. Other types of defined contribution plans include deferred profit sharing, employee stock ownership, money purchase pension, simplified employee pension (SEP), and savings incentive match plan (SIMPLE). Looking at all workers participating in defined contribution plans, 86 percent contribute with a 401(k) pre-tax contribution while 23 percent contribute with a Roth 401(k) contribution. (In some cases, employees contribute to both, so the total is greater than 100 percent.)
Among the data published for defined benefits are the eligibility requirements, which show that, of employees participating in defined benefit plans, 81 percent are in plans that are open to new employees. Approximately two-thirds of participants were covered by a traditional benefit formula, such as a percent of terminal earnings. The remainder had non-traditional formulas, most often cash balance plans.
In addition to these data highlights, the BLS report includes much more data in 40 tables with estimates broken out by worker, establishment, and geographic characteristics. The complete report can be found at: http://www.bls.gov/ebs/#bulletin_details.
About The Bureau of Labor Statistics
The Bureau of Labor Statistics of the U.S. Department of Labor is the principal Federal agency responsible for measuring labor market activity, working conditions, and price changes in the economy. Its mission is to collect, analyze, and disseminate essential economic information to support public and private decision-making. As an independent statistical agency, BLS serves its diverse user communities by providing products and services that are objective, timely, accurate, and relevant.
About the National Compensation Survey
The National Compensation Survey is an on-going comprehensive employer-based survey of approximately 14,500 establishments conducted by the U.S. Bureau of Labor Statistics. NCS is an umbrella program that produces data on several topics including benefits, wages, and compensation cost trends. One of its outputs—the Employment Cost Index (ECI)—is a principal federal economic indicator. The ECI measures the percent change in the cost of wages and benefits. Another output is the Employer Costs for Employee Compensation (ECEC). The ECEC provides costs for wages and individual benefits on a cost per hour worked basis. In addition to the reports and websites mentioned in this release, the Compensation and Working Conditions Online Journal contains many short articles on various compensation topics including health and retirement benefits. Also, the
Program Perspectives publication focuses on one benefit topic per issue.