Funds to Fuel Business Development, Continued Growth in US 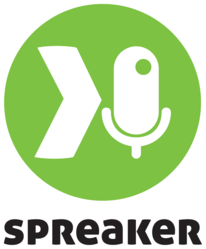 What YouTube does for video, and Twitter does for text, Spreaker does for audio – enables it to be shared instantly through a vast number of social and mobile channels.

San Francisco (September 8, 2011) Spreaker announced today that it has closed an angel round totaling $1.1m. The round was led by a European group of investors, including Zernike Meta Ventures and Italian Angels for Growth. The funds are targeted to ramp up sales and marketing efforts in the US where Spreaker recently opened an office in the heart of America’s tech capital.

Spreaker’s elegant platform makes it easy for anyone to record and syndicate audio content from their desktop or mobile device and broadcast it live or recorded as audio podcasts across social networks. What YouTube does for video, and Twitter does for text, Spreaker does for audio – enables it to be shared instantly through a vast number of social and mobile channels.

“Clearly, there was a need in the market for a consumer-focused, superior audio platform that would make it super easy and fun to update your life in audio bursts through social media the same way we keep in touch with one another through Google+, Twitter or Facebook status updates,” said Francesco Baschieri, CEO and founder. “Frankly, if BlogTalkRadio (now known as Cinchcast) can attract users with its clunky offering catering to corporate culture, we know we can build upon our existing user base and achieve added success with our superior technology and consumer focus.”

Spreaker’s set of tools include a web-based mixing console, a sound effects library, and the ability to broadcast live audio through a widget that can be embedded across websites, social networks, and blogs, making everyone from a presidential candidate to a college student sitting in their dorm room equally empowered to get their message out without interference, but with the amplification and spread of one of the most powerful tools in nature: the human voice.

“We recognized that this is a significant investment opportunity for us,” said Francesco Marini Clarelli, founder of Italian Angels for Growth. “Spreaker has a singular vision to conquer a massive, untapped market led by a platform that is sleeker and easier to use than any of its competitors. As they amplify their offering, we’re very confident the market will respond favorably.”

eMarketer seems to agree with Spreaker’s timing. The firm predicts that nearly 100 million mobile users in the U.S. will use their devices to browse the mobile web monthly this year. That’s a surge of more than 25% from last year, and most of the growth can be attributed to smartphones, which will be in the hands of 38% of mobile users by the end of the year. By 2015, estimates eMarketer, nearly half of the total U.S. population will be using the mobile Internet.

Spreaker complements its cross platform with mobile apps available for iPhone, iPod and iPad, making it easy to stay connected to one’s favorite programming. Support for Android and other devices is imminent.

Spreaker makes it easy to unleash the DJ in you by offering an unparalleled audio platform that allows anyone to create, broadcast and share audio across the Internet in a simple and accessible way. Spreaker offers a set of tools that include a web-based mixing console, a sound effects library and the ability to broadcast live audio through a widget that can be embedded across websites, social networks and blogs. Spreaker is based in San Francisco with offices on Bologna, Italy. The company’s website is available in Italian, Spanish and English. For more information, please visit http://www.spreaker.com