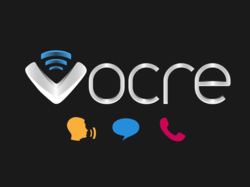 “We couldn’t be more excited about the future. I’d like to personally thank Robert Scoble for evangelizing our app before we even launched it,” said Andrew Lauder, founder and CEO of myLanguage.

Vocre enables its users to communicate with people from around the world regardless of the language. The app is very intuitive and mimics an interview-style behavior by speaking into the mobile device while the iPhone is vertical. When flipping the phone horizontally, the phone’s accelerometer instantly cues the app to translate and magically speaks what you’ve said into the receiver's native language. The receiver can then respond in real time, breaking down all language barriers, whether it's negotiating a transcontinental business deal between Asia and North America, or simply asking a local for directions while on vacation.

Vocre is the latest product from myLanguage, which is the #2 free Travel app in the Apple app store boasting a user base in excess of 1.5 million users, and has regularly been featured as the premiere language translation solution on the Apple App store.

“We couldn’t be more excited about the future and genuinely thank Robert Scoble for evangelizing our app before we even launched it,” said Andrew Lauder, founder and CEO of myLanguage. “TechCrunch afforded us an amazing platform for launch, and we are grateful for that, intending to rapidly expand and improve upon our service based on the awesome feedback from the event’s exuberant attendees who we must also thank for the Audience Choice Award. To further celebrate the victory and show our gratitude to the community, we are doubling the amount of translations to 20 for only $0.99. ”

At launch, Vocre supports the following languages with many more on the near horizon:

Features present at launch include:

The Vocre App is available for free from the App Store on iPhone and iPod touch or at http://www.iTunes.com/AppStore.