The findings of OFRF’s new report demonstrate that organic farming practices are overwhelmingly beneficial for consumers, farmers, the economy, and the environment. The report also highlights the urgent need for more research to address the expanding organic market. 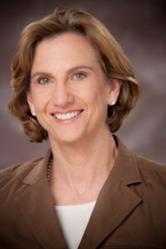 To date, only modest public resources have been directed toward funding and support of programs for organic farming. We would like to see that change immediately.

The highly anticipated report released today by the Organic Farming Research Foundation(OFRF) reveals extensive scientific support for the conclusion that organic farming practices are overwhelmingly beneficial for consumers, farmers, the economy, and the environment. Further, it highlights the urgent need for more research to address an expanding market.

“Our data will provide even more impetus for Congress to advance organic farming initiatives in the upcoming 2012 Farm Bill and beyond,” said Maureen Wilmot, OFRF Executive Director. “To date, only modest public resources have been directed toward funding and support of programs for organic farming. We would like to see that change immediately.”

The Organic Farming for Health and Prosperity report is being presented today at the National Press Club at 9 a.m. The report’s executive summary is available at http://ofrf.org/publications/OrganicFarmingforHealthandProsperity.pdf.

In addition, by 2015, a conservative estimate projects the need for 42,000 organic farmers to meet increasing market demand. Today, the industry is serviced by a mere 14,500 certified organic farmers who struggle with extraordinary production, information, and economic barriers.

To further this mission, Wilmot reports that OFRF has enlisted the help of organic farming advocates from ten key states (Alabama, Georgia, Iowa, Indiana, Maine, Michigan, Minnesota, New York, North Dakota, and Ohio). The advocates are receiving training from OFRF to galvanize organic farmers and consumers in seeking legislative support for policies that will advance the organic industry as a whole. They are participating in OFRF’s Organic Advocacy Training Session in Washington, D.C. on September 19, and will then visit with their congressional representatives and Department of Agriculture officials during a day-long USDA Organic Listening Session on September 20, 2011.

“It is particularly important in this time of economic uncertainty and the imminence of the 2012 Farm Bill that OFRF provide tools for organic constituents to be heard and well represented in D.C.,” said Wilmot. “There are organic farmers in all 50 states in America. We know that when an organic farmer succeeds, we all thrive.”

About the Organic Farming Research Foundation:
OFRF (http://www.ofrf.org) is the only non-profit, national champion of the American organic family farmer. OFRF is located in Santa Cruz, California, and was founded in 1990. OFRF creates organic champions in Congress, integrates organic farming in agricultural universities, provides research that is responsive to the organic farmers' needs, and partners with organizations to secure the connection between organic farming and a healthy planet and population.