The Rottenstein Law Group, which represents clients with claims stemming from the surgical implantation of hip replacement devices manufactured and sold by DePuy Orthopaedics and other companies, has considered the conclusions of the 8th Annual Report of the National Joint Registry for England and Wales in light of the firm’s own client records and found that the data do indeed correspond. 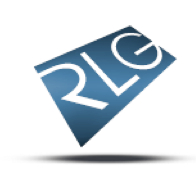 The National Joint Registry (NJR) of England and Wales was established in 2002. Its purpose, according to the group’s website, is “to define, improve and maintain the quality of care of individuals receiving hip, knee and ankle joint replacement surgery across the [National Health Service in the United Kingdom] and the independent healthcare sector.” The 8th Annual Report of the NJR is the “formal public report for the period 1st April 2010 to 31st March 2011,” according to the front matter of the report itself.

The Rottenstein Law Group notes that the largest part of those contacting the firm seeking representation stemming from the implantation of a replacement joint device received a metal-on-metal implant—either a DePuy ASR or Pinnacle, or another device. In August of 2010, DePuy—a subsidiary of Johnson & Johnson—announced a global recall of the ASR Hip Resurfacing System and the ASR XL Acetabular System. Each unit replaces a worn or weakened part of the hip. Many orthopedic doctors believe that the units were poorly designed; the implants can generate debris from wear, causing inflammation and tissue damage in recipients. Ninety three thousand persons worldwide had an ASR device implanted. More recently, problems with DePuy’s Pinnacle hip replacement system came to light. In May, federal actions against DePuy and J&J concerning the Pinnacle hip replacement system were consolidated for pretrial proceedings in multidistrict litigation. Claimants allege in these suits that the Pinnacle system was defectively designed and/or that DePuy failed to provide adequate warnings concerning the Pinnacle, and specifically with regard to the possibility that the Pinnacle, a metal-on-metal mechanism, is shedding metallic particles into recipients bloodstreams and tissues.

The Rottenstein Law Group maintains a website with information about DePuy's recalled hip implants at http://www.hiprecalllaw.com. The site has features that allow for easy sharing, including links for automatic posting on Facebook and Twitter.