All marketers know how vitally important content is when pitching potential customers, growing their presence, and creating branding. However, new research shows that while content is critical attention, devotion can play a large role in how the information is interpreted. Direct marketing Company AccurateLeads tells how thoughtful deliberation can be surpassed by mindless persuasion. 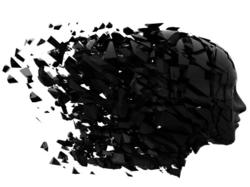 Learn How People can be Persuaded to Comply.

It is no surprise to marketers that people seldom pay full attention to the advertisements they see but according to recent research this can actually be beneficial to the effectiveness of the promotion. While making decisions such as choosing an insurance policy, purchasing a car, or buying a home will require a person’s full attention, many other less significant processes are happily determined using less cognition. People disperse their attention unevenly allotting large amounts to certain elements while completely omitting others. Here AccurateLeads reports this research and points out how it can be advantageous to advertisers.

The “invisible gorilla” study which is well known to psychologists demonstrates the principles of selective attention extremely well. Test subjects are asked to watch a video that consists of three people dressed in white and three dressed in black. The people in the video are passing a basketball to members wearing the same color. The subjects are asked to keep track of how many passes the white team makes. At one point during the video a gorilla replaces a member on the black team, beats his chest, and then walks outside of the frame again. When many people are asked about the gorilla there is point of utter astonishment and doubt as they were completely oblivious to it. In this instance, something that would be assumed to attract the most attention from the audience actually received the least due to direction. Direct marketing sometimes accomplish this without intent which can result in a lost message.

A study done by Ellen Langer looked specifically at persuasion, and how people tend to ignore the difference between weak and strong arguments in choosing how to behave. She told college students to hop to the front of the line at a copying-machine in a university library. Some selected students gave a reason as to why they were cutting, while others simply skipped the line without any excuse. Needless to say the students who cut without an explanation met more resistance than the students providing justification. What was interesting was that the students who gave a poor excuse saw the same results as students who gave a satisfactory explanation. The reason just needed to “sound” justified. “May I use the machine I need to make some copies?” worked just as well as “May I use the machine I’m in a rush?” AccurateLeads has found that these same principles can be used in the marketing industry.

The less sensitive a person is to an argument the more likely they are to be swayed. This is where extraneous factors can play a large role. For example, a restaurant owner is looking to purchase a consumer mailing list and approaches six different companies who all offer quotes within ten percent of the others. At this point the buyer has come to the realization that the price will be relatively the same. The person now pays less attention to the sales pitch and more too unrelated factors such as; does the person I am speaking to sound attractive or is there actually a chance I can win the $25 gift card. We have found that when people are at a crossroad of indecision, the small unrelated factors is what motivates the choice. Inattentiveness closes one door and opens another.

There are various factors that come into play when determining whether a person engages in a mindless reaction or thoughtful deliberation. Having to process a message quickly, not having much at stake, and being distracted all play in favor of reaction rather than deliberation. People who are in good moods or are busy also tend to be more reactive. These factors may seem obvious but few marketers take advantage of this knowledge.

One method that has had much success in attention diversion is what is known as Door-in-the-Face technique (DITF). It is a manipulative strategy to help in gaining the compliance of others. It can be used by kids attempting to persuade their parents or entrepreneurs asking for large loans and anything in between. It is done by making a decoy request that is basically guaranteed to fail and then following with the true inquiry (the real request that is sought after). When this is done, the initial request is dismissed, but now the person confronted has a portion of their attention invested in the decoy plead and are more likely to accept the target request. One study done at Arizona State found that compliance rate dropped from 50 percent to 17 percent when there was not a decoy request. The DITF technique causes a rise in humans need to be fair which can help in any selling situation.

While distracting someone into buying a house is unlikely, there are many situations in which advertisers can use attention diversion to help entice a buyer. Many people are perfectly content making decisions that do not involve their full attention. This is why impulse buyers constantly and continually buy items which they had no intention of purchasing when entering a store or ordering products online. This is something that happens to all people and when channeled can be an extremely useful sales tool.

AccurateLeads (http://www.accurateleads.com/) is a leading provider of direct marketing services that helps in creating brand recognition and customer growth. Founded in 1984, AccurateLeads has developed a unique marketing process for businesses to engage in a multichannel advertisement programs which aid in recognition and creates resonance among consumers.