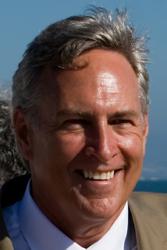 Hamill, founder of the Massachusetts personal injury lawyers of Hamill Law Group, says the multiple factors were looked at in the study to evaluate the atmosphere regarding elder safety in nursing homes. The safety culture factors measured included:

Two overriding factors in the study eclipsed all other variables: first, whether the nursing facility was a private for-profit corporation or whether it was governmental or non-profit; the second variable was the size of the nursing home. For-profits fared significantly worse in promoting a culture of safety. Larger nursing homes were worse than smaller facilities in promoting a safe culture for elder residents.

The study on resident safety revealed that 3 times more residents of large nursing homes (over 200 beds) described the safety culture as “poor” as compared with smaller nursing homes (under 49 beds).

Consumers are also invited to use the many free nursing home consumer resources available at the Hamill law firm website and blog including our free guide to avoiding abuse and our guide on selecting the safest nursing home.

If an elder has been injured or died in a nursing home, they may be entitled to compensation for medical expenses, pain and suffering, and or statutory wrongful death damages. Punitive damages are sometimes awarded under the wrongful death statute for gross negligence.

Attorney Hamill has 34 years experience advocating for injured people including those who have suffered from nursing home neglect, abuse or wrongful death. The Hamill firm represents elders victimized by criminal assaults, bed sores, falls from Hoyer lifts, sepsis and malnutrition. Hamill advocates for the dignity of elder residents.