In her work with patients suffering from post-operative adhesions, activist Karen Steward has found that many surgical patients report that they were not informed of the risk of adhesions before their procedure. A new review in “The American Journal of Surgery” supports Steward’s findings that patients are not adequately informed of the risks of surgery before they give consent. 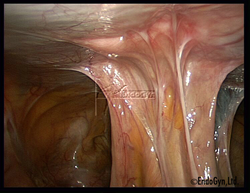 While the public is largely aware of the Hippocratic Oath a doctor makes while swearing to practice medicine ethically, a debilitating giant lurks between the dotted lines of the consent form, surgeon disclosure and the actual procedure.

Adhesion Related Disorder activist, Karen Steward, today joined the authors of a new medical review in calling for improvements in the surgical consent process. In a review of clinical studies published in the January, 2012 issue of "The American Journal of Surgery,” Drs. J. Mulsow, T. Feeley and S. Tierney report that many patients who give written consent to surgery do not have an adequate understanding of the procedure or its potential complications.

Steward adds that while the public is largely aware of the Hippocratic Oath a doctor makes while swearing to practice medicine ethically, a debilitating giant lurks between the dotted lines of the consent form, surgeon disclosure and the actual procedure. This iatrogenic giant? Adhesions. Steward has discovered that many patients who suffer from post-operative adhesions report that they were not warned about the risk of adhesions before going into surgery. Former surgical patient Lori Myers of Colonie, New York, states: "I have been suffering from adhesions since 1973. I have a history of four abdominal surgeries and two back surgeries. Not one time did any of the surgeons ever talk to me about the possibility of developing internal adhesions."

Adhesions are bands of scar tissue that form at the site of injury. Surgery may be considered a form of injury to the body.* Ninety-three percent of patients who undergo major abdominal or pelvic surgery will develop adhesions, with an estimated fifty-three percent from this group developing health problems that require medical intervention due to adhesion formation. While most adhesions do not cause pain, adhesion formation in some people causes internal organs to fuse together. Internal organ function becomes compromised. Digestive issues, abdominal pain, nausea, vomiting, back pain and difficulty breathing are among the symptoms that can result from adhesion formation.

In an article published in the January, 2006 issue of the “Archives of Surgery,” Drs. James L. Bernat and Lynn M. Peterson stress the importance of shared decision-making in the surgical consent process. According to Bernat and Peterson, surgical consent does not begin and end with the patient’s signature on a consent form. The process of consent should evolve throughout the relationship between the surgeon and the patient, beginning with the first pre-operative consultation. The consent process should allow room for questions, answers and objections before the procedure takes place, not with a nurse or a junior colleague, but with the surgeon performing the procedure.

Federal law dictates that doctors have the sole responsibility for informing their patients of the procedures to be performed and the potential risks of surgery. According to a 1997 U.S. District Court Case, Davis vs. Hoffman, a surgeon has the legal responsibility to obtain informed consent from the patient. By law, surgeons are responsible for describing adhesion risk and for making sure the patient understands the definition of adhesions, the risk of scar tissue formation and the potential complications of adhesions.

Steward agrees with Dr. Mulsow and co-authors that the surgical consent process as it currently exists is inadequate, and that surgeons must ensure that their patients have a thorough understanding of the risks of surgery before they sign a consent form. “As the consent process stands, patients with post-operative adhesions may suffer from debilitating symptoms for years without knowing that their pain was caused by surgery,” Steward stated. “Given the staggering risk of post-operative adhesions and their life-threatening effects, surgeons must be responsible for making sure their patients are aware of this dangerous complication.”

*Surgery is the number one cause of adhesions, however, adhesions can also occur as a result of trauma (a blow to the abdomen), infection, inflammation and even radiation.

Doctors: Bound By Secrecy? Victims: Bound By Pain!Available at Amazon