The Cutting Edge Concert Tour is one of the best entertainment investments of 2012. The band has introduced a new business model that reduces the cost and risk for the investor when investing in music promotion and concert tours, while greatly increasing the profit return to the investor and the band. 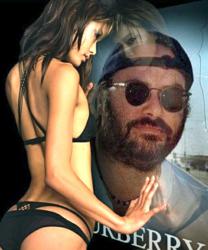 In the days of bands requiring high guarantees to perform in concert, with little return on the investment for the investor or corporate sponsor; Cutting Edge, a pop/rock band from Phoenix, AZ is revolutionizing how business is done in the music industry.

It is not unexpected for recording artists to charge $100,000 or more per night, but with the new business model being presented by Cutting Edge, the band will forego a guarantee payment per concert and instead the investor and/or corporate sponsor will pay the band $50,000 on a monthly basis (a salary) and split the profits on a 70-30 basis at the end of the 2012 - 2013 concert tour. Since Cutting Edge is foregoing their performance guarantee per concert, the cost of each producing each concert has been lowered to approx. $15,000 per night. Representatives for Cutting Edge project that even if the band only sold four thousand seats sold at $15 each, there is a potential gross profit of $60,000 per night and after taxes and building cost, this will leave a potential net profit of approx. $30,000 per concert and a breakeven of approx. 1,000 tickets sold. Representatives for the band feel that the band will easily exceed the 4,000 seats sold.

Cutting Edge representatives state that an even more attractive part of this new business model is that the band is offering a 30% across the board participation in all ticket, merchandise and CD sales at the concerts and over the internet. According to Mr. Jeffrey Beals, a former partner of the William Morris Agency, merchandise sales can contribute almost $6 profit per seat at a concert, and with an expectation of 4,000 seats being sold per concert, that is an additional profit potential of almost $24,000 in merchandise sales per concert or a total potential net profit of over $50,000 per concert when combining ticket sales with merchandise sales.    Not a bad profit margin according to the band’s lead vocalist, David Pesnell.

Representatives for Cutting Edge recently projected that for a concert tour under this business plan, the band will need $2,000,000 to promote the album and concert tour and that based on only 4,000 seats being sold per concert, the total gross profit from concert tickets and merchandise sales will exceed $8,000,000 over the two years period. Representatives state that this gross profit does not include merchandise sold over the internet or other locations outside of the concert.

For those who have not followed the band, Cutting Edge has charted several songs over the last 12 years, including “Without You”, “Love Police”, “Every Time I Try”, “Your Love Is My Oxygen”, “She Wore Red”, and “Let Your Body Rock”. In 2011, Cutting Edge made indie music history by debuting two songs (“Without You” and “If The Walls Could Talk”) inside the Top 20 of the Billboard Hot Single Sales Charts. Cutting Edge charted three other songs in 2012.

Mr. Beals and other representatives for Cutting Edge feel that this is the direction that the music industry is headed. In the next 3-5 years, a corporate sponsor will identify a band they feel can represent their company and not only promote the band on a concert tour, but actually may even promote the music of the band in place of a record company. According to lead vocalist David Pesnell, “it is an interesting concept of corporations having bands under contract or on their payroll and utilizing their music to not only generate ties to the corporate sponsors product line, but also to generate a profit in promoting a band while creating product branding for both the band and corporate sponsor”.

Cutting Edge is beginning the process of trying to find an investor, a corporate sponsor or someone to represent them in securing the funds for the concert tours of 2012 and 2013. The business plan by the band is unique and the representatives for the band feel it is the first step in the process that will revolutionize the music industry and how investors and/or corporate sponsors will interact with bands in the future. Cutting Edge can be reached at thecuttingedgeband(at)earthlink(dot)net or at 520-850-2889.

You can read more about the band at the following links: