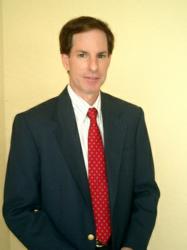 "The annual diet season has begun, and more Americans than ever need to shed extra pounds."

According to Research Director, John LaRosa: “2012 promises to be another active year for weight loss programs of all kinds, as pent-up demand unfolds. However, the greater number of dieters will still be value-conscious, patronizing diet companies that offer flexible, convenient, and reasonably priced services.”

Gallup surveys indicate that approximately 42%, or an estimated 96 million, of the people in the U.S. were dieting during 2008. Of those people, approximately 56 million were attempting to lose weight and 40 million were attempting to maintain their weight. The Calorie Control Council, in its latest survey of Americans’ consumption of low-cal foods and beverages, found that 54% of adults were on a diet in 2010. This was a major increase from 33% in 2004, and was the highest percentage recorded since 1986.

Based on these findings, plus the current U.S. adult population of 225 million people, we feel it’s time to revise the number of dieters substantially upward. Consequently, Marketdata estimates that the number of American dieters in 2012 has risen to 108 million. But, not ALL of these additional dieters will turn to a structured weight loss program.

“We feel that in 2012 we will be in an environment of 'a rising tide lifts almost all ships.' Medical as well as commercial programs should benefit and see increased enrollments, gaining strength sequentially as the unemployment rate continues to decline. 80%, or 86 million dieters, will try to do it themselves,” according to John LaRosa.

Marketdata has operated a website called BestDietForMe.com since 2003, where an online weight loss survey is provided for consumers to find the best diet plan for their lifestyle and budget. More than 1 million dieters have used this free service. Each quarter, key demographics and dieter preferences are tracked and published. Following are some major findings based on the 4th quarter 2011 report: