The biological and geographical website EurekaMag.com publishes reviews of specific subjects of all areas of biological and geographical science. The latest insights cover Homo sapiens which are the only living species in the Homo genus, originated in Africa about 200,000 years ago and reaching full behavioral modernity around 50,000 years ago. The latest review is about the three main rock types Igneous Rocks, Metamorphic Rocks and Sedimentary Rocks. 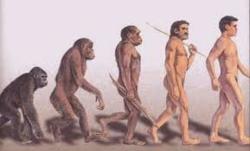 The EurekaMag.com insight into Homo sapiens covers the only living species in the Homo genus. Modern humans originated in Africa about 200,000 years ago and reached full behavioral modernity around 50,000 years ago. Anatomically, modern humans are characterized by the lighter build of their skeletons compared to earlier humans. Modern humans have very large brains, which vary in size from population to population. Their faces also show much less heavy brow ridges and prognathism of other early humans while their jaws are also less heavily developed, with smaller teeth. The EurekaMag.com insight into Homo sapiens provides information about mapping of homeotic genes in a number of organisms including Drosophila melanogaster, Caenorhabditis elegans, Homo sapiens, and Zea mays. While homeotic genes containing the consensus 'homeobox' have been identified in all of these organisms and they have been demonstrated to be important in embryo development of some insects, amphibians, and mammals, there are no reports of their involvement in plant embryogenesis. Other phylogenetic analyses demonstrate that the tufM genes of Homo sapiens, yeast, and Arabidopsis have undergone considerably more sequence divergence than their cytoplasmic counterparts, reflecting a cross-compartmental acceleration of gene evolution for components of the mitochondrial translation apparatus. The insight contains many more genetic comparisons of plant and other species with Homo sapiens including comparisons between Homo sapiens, Mus musculus and Caenorhabditis elegans, Plasmodium falciparum, Aspergillus nidulans and Homo sapiens, Xenopus and Homo sapiens, Bos taurus and Homo sapiens, S. cerevisiae, Escherichia coli and Homo sapiens, etc.

EurekaMag.com presents a scientific review of the Earth's three main rock types Igneous Rocks, Metamorphic Rocks and Sedimentary Rocks. Igneous rock is formed through the cooling and solidification of magma or lava. It may form with or without crystallization, either below the surface as intrusive (plutonic) rocks or on the surface as extrusive (volcanic) rocks. Metamorphic rocks make up a large part of the Earth's crust and are classified by texture and by chemical and mineral assemblage (metamorphic facies). They are formed deep beneath the Earth's surface at high temperatures and great pressure of the rock layers above it. Sedimentary rocks are formed by the deposition of material at the Earth's surface and within it's water bodies. Before being deposited, weathering and erosion formed sediments which were then transported to the place of deposition by water, wind, mass movement or glaciers. The EurekaMag.com review of Igneous, Metamorphic and Sedimentary Rocks largely contains geographic and geologic studies on these rocks and particularly how soil developed from these rock materials. Many soils were derived from granite, sedimentary rocks and volcanic rocks. The soils formed from sandstones in a rainforest zone contained higher amounts of total Boron than soils derived from basement complex. Soils on metamorphic rocks gave the highest values of Boron content. The mean organic N mineralization rate varied according to parent material as follows: soils on basic and ultrabasic rocks < soil over acid metamorphic rocks < soils over sediments < soils on acid igneous rocks < soils developed over limestone. Net mineralization capacity was higher with mafic igneous parent rocks. The review also covers analysis of dominating rock materials in particular regions. The region around Lake Ladoga as the largest lake in Europe includes the contact zone between the crystalline bedrock of Baltic Shield and the sedimentary rocks of the East European plain. The major parent materials from which Scottish soils have developed are glacial till, derived from acid to basic igneous rocks, schist and other metamorphic types, Lower Palaeozoic greywackes and shales, Old Red Sandstone sediments, Carboniferous sediments and Permo-Trias sediments. Another source reports about the shape and surface features of sand grains, sand dunes and bedrock for the Victoria Plateau sand plain, which lies in the central west coastal region of Western Australia. In this region, tiger bush develops under specific conditions: same orientation but opposite direction of wind and slope, sedimentary and metamorphic rocks, shallow and impervious soils.

The Science Magazine has recently been accredited by the Chinese Ministry of Industry and Information Technology with the Internet Content Provider (ICP) Number 10204677. The site delivers its content through a number of RSS feeds including a "Most Shared Content" RSS Feed and an @EurekaMag Twitter account. The @EurekaMag Twitter account currently features 47,760 tweets and 947 followers. The site also provides an EurekaMag.com portal for mobile viewing at m.eurekamag.com. The site accepts advertisements through the Google AdWords system.