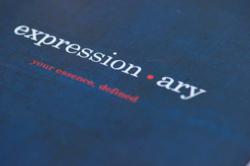 With Valentine's Day fast approaching, The Expressionary, a company that helps customers define their feelings for loved ones with personalized dictionaries, is giving away game consoles and gadgets in its new “Valentine's Spread the Love Giveaway” contest.

By following The Expressionary on Facebook, Twitter and Google+ and “spreading the love,” entrants can win a PlayStation 3, Xbox 360, OnLive Game System, Amazon Kindle Fire tablet or iPod Touch device.

The Expressionary, which launched in open beta November 2011, is a personalized gift that brings to life the age-old saying "If you looked in the dictionary under the word “________” you'd see a picture of “___________." It allows customers to define what their loved ones mean to them with a thoughtful, sentimental gift.

Customers are invited to upload photos of their family members, friends or partners and pick the 10 words that best describe them with the help of the custom word recommendation engine, KHARIS. The result is an exquisitely designed personalized dictionary – an Expressionary – that features the name and a photo of a loved one below the 10 words that best describe them.

The Expressionary is giving away two (2) prizes to its Facebook fans. Each winner will receive their choice of a Kindle Fire tablet or Xbox 360 4GB game console.

The Expressionary is giving you the chance to win an Xbox 360 or Kindle Fire tablet in our “Valentine’s Spread the Love Giveaway!” To enter, Like our page, share this post publicly on your Wall and provide your name, email address and the link to the Facebook profile where you shared this post in the “Valentine’s Giveaway” tab on our page. Good luck! Details: http://ow.ly/8sKgC

Entrants must also provide their name, email address and Facebook profile link in the “Valentine’s Giveaway” tab on The Expressionary’s Facebook Page.

The Expressionary is giving away one (1) PlayStation 3 160GB game console to its Twitter followers. To enter the contest, participants must follow @MyExpressionary and tweet their thoughts about the Expressionary product.

To be eligible, entry tweets must contain the hashtag #expressionarylove and this link: http://ow.ly/8sKgC

The Expressionary is giving you the chance to win an iPod Touch or OnLive Game System (plus a game of your choice) in our “Valentine’s Spread the Love Giveaway!” To enter, add us to your circles and share this post publicly. Good luck! Details: http://ow.ly/8sKgC

The contest entry period will close on February 10 at 23:59:59 EST. Winners will be selected by random drawing. Participants must be aged 18 or older and must be U.S. residents. Full terms and conditions are available at http://theexpressionary.com/contest/valentines-giveaway

Expressionary, LLC – a subsidiary of M&W, LLC – was founded in September 2011 by William L. Mehserle, Jr. and Michael J. Flanigan, both graduates of Georgia Tech. The company’s website, theExpressionary.com, launched in open beta on Nov. 23, 2011. The Expressionary concept was born during Mehserle’s high school years, as he was searching for a sentimental and meaningful gift for his then girlfriend. He purchased a dictionary, and pasted his favorite photo of her beneath the words that he felt best described her and their relationship. The full backstory can be found at The Expressionary’s website.

An Expressionary is a luxury personalized dictionary containing fine paper pages, beautiful covers, a letter in the front of the dictionary explaining the concept and high-quality photos. Additionally, The Expressionary is committed to donating at least 10% of all profits to charity. Customers can choose which of The Expressionary's charity partners they'd like a donation to go to.