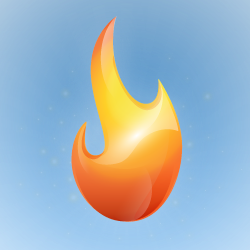 In the spirit of the 2012 election cycle, CallFire has released 8 tips for developing an online political marketing strategy or GOTV campaign in the Cloud. If ever there was a year where technology was going to move democracy, 2012 is it. With an unprecedented amount of money being spent to sway the outcome of the election, the side that utilizes new technologies will best position themselves for success in November.

These best practice tips will help campaigns leverage technology trends to get more supporters to the polls:

Implementing an effective GOTV strategy requires identifying your campaign's support early to push them to the polls on Election Day. Interactive Voice Response technology allows you to send polls out to the field and get that data directly into your voter file. The automation of the IVR technology allows you to conduct large scale polls at the fraction of the cost of hiring a call center. Its scalability and cost effectiveness make the IVR an integral component to a winning campaign strategy of identifying voters.

Manual hand dialing is a thing of the past. If you're still hand dialing from call sheets you're not maximizing your volunteer's time and not reaching enough voters. The rapid connection rate of power dialing allows you to call through your voter file at two to three times speed of manual hand dialing. The autodialer streamlines the calls by skipping bad numbers, busy signals, and voicemail. Your volunteers will find call time to be more effective and far more pleasurable. In addition, this cloud based software allows your volunteers to organize and make calls from home and their own remote locations.

3.    SMS text messaging to communicate a call to action.

A successful political campaign needs to rapidly communicate call to actions to supporters. In 2008, the Obama Campaign showed how effective SMS text messaging can be as a tool to rapidly organize supporters. Since 2008, more campaigns have used SMS text messaging to power their field programs. In Massachusetts, Scott Brown was able to use texts to send out rapid call to actions. When his opponent appeared on a radio program, Brown texted his supporters to call the station. 90% of the calls to the station were from Brown supporters.

Political robocalls are a tried and true method of rapidly getting your message out to thousands of voters. With navigable IVR's you can tailor your message to the issues and values that are important to the voter. Voters can chose from a selection of issues that are important to them and hear the candidate's stance on those issues. These customizable messages also allow you to communicate very specific information on issues and polling locations that are highly targeted.

5.     Integrate your web platform with your telephony campaigns.

Successful voter outreach programs should be made easily accessible for volunteers. In the 2010 election, a number of innovative campaigns allowed their volunteers to call from home by providing a link to an autodialer system and dramatically increased the volume of GOTV calls. By creating a volunteer portal to your dialer on the campaign homepage, you allow your volunteers to call from home at their own convenience and effectively get out the vote.

6.     Optimize Your Social Networking Campaign By Targeting Your Message.

During the 2008 presidential election, social media revolutionized the way candidates connect to voters and engage supporters. The Obama campaign gathered followers through Facebook, YouTube and Twitter. However, a "Like" on Facebook, a YouTube view or a re-blog on Tumblr may not directly affect the ballot box. Now each campaign must answer an important question: How do we turn a digital following into real-world volunteers? Digital followers that feel connected to the campaign will be more likely to make the leap from online supporter to offline volunteer.

7.     Link your Voterfile data with your geo-targeted web ads.

Today's Ad-networks can deliver highly targeted ads to voters and should be a staple of your ad strategy. You can link your web content to your Voterfile data to create "smart" web ads that allow you to aim your message at voters in a specific district or demographic. The content of your ads should be relevant to the voters viewing the advertisement; single mothers, sportsmen, and students (for example) should have specific, tailored content that addresses issues they're likely to care about. Working through data aggregators you can link IP addresses to individuals in your voter file and your campaign can deliver highly targeted messages.

8.     Supplement your existing ad strategy with Video and Rich Media.

Web content is saturated with advertising, and it's getting harder to sift through the banner ads and pop-ups that get in the way of the content we seek. That's why it's important for your ads to mimic the content that people want to find. Streaming content is more likely to generate attention. Video and rich media allow you to communicate a compelling story that a static banner ad cannot. You can even make an interactive ad using Flash or HTML5 to create an interactive experience (like a quiz, game or informational widget) without the user ever leaving the web page they were visiting.

There are a multitude of ways campaigns can leverage cloud technology to increase campaign awareness and drive supporters to the polls. For more information on how you can get your campaign running in the cloud, visit our GOTV best practice page.

With CallFire’s powerful voice and text platform, any campaign can reach thousands of voters and supporters immediately and get near instantaneous feedback.