Users can download a month-long trial of PlayTales Gold Bookstore for free. 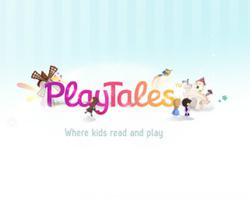 PlayTales Gold has proven to be a great app for families worldwide during our trial sessions, for the launch of the new version we are offering users a free month of PlayTales Gold so they can see it for themselves.

With stories available in eight different languages and eye-catching animations and sounds, PlayTales interactive books have become a favorite app for children all over the world. PlayTales stories have just reached over 5 million reads on iOS devices and the number continues to grow at an incredible rate. From October 18th to 31st, a free month-long trial of PlayTales Gold will be available to iOS users worldwide.

Based around the idea of interactive participation and targeting children's creativity and imagination, PlayTales makes the learning process more perceptive and intuitive for both children and parents. Each story is a creation made by teams of educators, artists and technology professionals who are all dedicated to producing wholesome and meaningful content for children.

PlayTales Gold, the latest storybook application, offers a subscription option wherein users will have access to an unlimited amount of interactive books for a low monthly price. With this subscription, families will have access to the entire PlayTales catalog and all new books that are added every week. Users can access books in their library without internet connection and are able to have unlimited universal subscription between their Apple or Android devices.

Since its release, PlayTales has been downloaded by families all over the world and the number continues to grow daily. PlayTales titles include a variety of classics stories such as Sleeping Beauty, The Ugly Duckling, Puss in Boots, and Gulliver’s Travels, as well as new favorites like Pocoyo and Felix the Cat. Many of the books featured in the PlayTales catalog are full of educational content as well; children can learn how to count, add, subtract, spell, read, and more through various interactive stories.

"PlayTales has been successful globally because it provides what every parent is looking for in an application. Users can build their own home library on their mobile devices and thanks to each story’s high level of interactivity and content, children are able to stay focused on what they are reading and enjoy the learning process," said Enrique Tapias, CEO. “PlayTales Gold has proven to be a great app for families worldwide during our trial sessions, for the launch of the new version we are offering users a free month of PlayTales Gold so they can see it for themselves.”

With over 3 million children reading PlayTales stories daily on almost every continent of the world, it’s clear that PlayTales has truly become a world leader in children’s interactive book applications. The most popular languages chosen for downloads are English, Spanish, and French. PlayTales Gold also appears to be a bedtime favorite among children as usage peaks around eight and nine o’clock at night.

PlayTales Gold will be available for iPad and iPhone devices and can be downloaded from the Apple iTunes Store. Android users can download the new app from Google Play, for their phones and tablets.

Currently PlayTales books are available for Kindle Fire, Nook, Android devices, and Blackberry PlayBook. Books can be downloaded from the Barnes and Noble website, or through Amazon.

About PlayTales:
PlayTales is a wholly-owned subsidiary of Genera Interactive, an internationally based multi-platform mobile entertainment and utilities provider with offices in USA, UK, Spain, Romania, and China. Founded in 2010, PlayTales develops and distributes interactive playable storybooks for children within the world’s leading children’s bookstore. PlayTales applications can be downloaded through the iTunes App Store, Google Play, Amazon.com, Blackberry App World, Intel App Up, and Verizon V-Cast. To contact the PlayTales staff please send an email to info(at)playtalesbooks(dot)com or visit our website http://www.playtalesbooks.com.