Obama and Romney tied on the third presidential debate, it was said. Nonetheless, the result will unlikely affect the voters' pick, Billionaires Bunker commented. 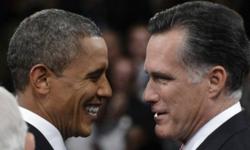 ...both candidates got similar takes on major foreign policy matters discussed during the event.

The third presidential debate was held last night at Boca Raton, Florida. As reported by csmonitor.com, it was much less competitive than the first two debates. And given that foreign policy is not a high priority for many voters, BillionairesBunker commented it less likely affected the choice of voters.

It was stated in the report that despite the final face-off focusing on foreign policy, both Obama and Romney went back to domestic issues. Particularly, they linked back their answers to economy and jobs. And when it comes to the actual foreign concerns, BillionairesBunker said that the debate displayed more the similarity between them than disparity.

Based on the report, both candidates got similar takes on major foreign policy matters discussed during the event. Those include the issues about Iran's nuclear plans, the trade with China, the strengthening of bonds with Israel and the war in Afghanistan. As a result, critics say that the two tied in the final showdown.

Below is an excerpt from the post Who Won the Third Presidential Debate by BillionairesBunker.com.

“The round three of the presidential debate 2012 took place last night in Florida. Compared to the first two debates though, it was much less aggressive. Still, there were some heated moments. But who won it?

Well, since the final showdown was centered on foreign policy, critics commented before the debate that there wasn't much diversity between the two candidates. And so, one political analyst said that the winner would be determined more on how the ideas are presented.”

According to news and business website BillionairesBunker.com, the fact that both Obama and Romney have the same foreign policy goals is the main reason why the third presidential debate was less combative. Moreover, it added that foreign policy is a low priority for many voters. And so, the third debate couldn't have much effect on their presidential pick, the site commented.