Web-based, all access outlet gives artists of all genres freedom and control over their music. November 1 launch brings 37 new tools and features. 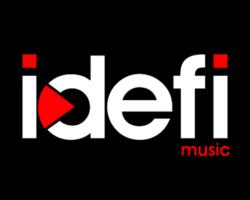 idefi represents a significant leap forward for the music industry, challenging the rules and resetting the landscape in which artists engage fans and do business.

Expectations are running high as executives of idefi Group LLC prepare for the Nov. 1 launch of its online service, which will move out of beta phase and officially open to the public with 37 new tools and features. Serving a growing market of artists who want to avoid the expense of traditional record labels, idefi is already being used by Pillar front man Rob Beckley and other popular artists.

"This is an exciting day for musicians who deserve a shot at success while avoiding debt or financial risk," said idefi CEO and Tulsa entrepreneur Brady Deaton. "idefi allows artists to make small steps toward success and not risk any upfront expenses. With idefi, artists earn their way using a reward system rather than hope and pray that someone discovers them.”

"When idefi approached us about partnering, we knew we had to start with a clean sheet approach that was modular in nature and flexible enough to meet the needs of any size artist," Cassar said. “idefi is different in so many ways because it was built from the ground up with the artist in mind."

"idefi represents a significant leap forward for the music industry, challenging the rules and resetting the landscape in which artists engage fans and do business,” Cassar said. “We're proud to be a part of bringing it to market and are integrating key TICKETsage technologies into the core idefi platform to ensure it is 100 percent adaptable to meet shifts in market needs."

TICKETsage's UNITY Distributed Ticketing Platform is currently the 4th largest (by volume) ticket outlet in the industry and it has continued to innovate since launching in 1999. idefi’s Artist Development Representative, Butch Stone, echoed Cassar’s sentiments.

"We’re in a brand new world and idefi is the way of the future,” he said. Stone knows the music business well as he discovered and launched the career of Cheap Trick, managed Black Oak Arkansas and Krokus among numerous others while earning 34 Gold and Platinum album awards along the way.

“I’ve been in the record business since 1967 and was fortunate enough to work with some of the giants of the business, where I saw first hand that the traditional model for record labels has never been effective. I think idefi is the right way to approach it and it is controlled by the artists. That hasn’t been the case with the traditional model,” said Stone.

Here's how idefi works: Musicians create a free profile to sell their music at idefimusic.com. Next, they can choose whether or not to share profits with idefi and what percentage. After a percentage is chosen, idefi rewards them with points per purchase. These points can be used toward services that idefi provides. idefi’s mission is to give artists control while keeping both the artist and label from acquiring large amounts of debt.

Deaton experienced a failure of his own in 2000 after deciding to turn his recording studio into a record label. He spent thousands of dollars and hours on a band that called it quits in short order. “I was stuck with thousands of CDs by a band that no longer existed," he said. It was this financial disaster that inspired the concept for idefi. Deaton and idefi are currently finalists for several entrepreneurial and startup awards, including the TCC StartUp Cup Powered by Lobeck Taylor Family Foundation that culminates in November. For more information please visit http://www.idefimusic.com.