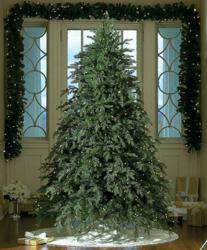 Christmas Central not only retained, but increased, its place on the annual list by maintaining steady growth despite a sluggish economy. In its ranking, Inc. reports that Christmas Central had a three-year growth rate of 208 percent.

“It’s an honor to be on this list for the second year in a row,” says Christmas Central President Nathan Gordon. “We are dedicated to providing a wide selection of merchandise and exceptional customer service. Our company’s inclusion on this list proves that we are once again exceeding our customers’ needs and providing the service and merchandise they expect.”

The Inc. 5000 represents the most comprehensive look at the most important segment of the economy-America's independent entrepreneurs.

ChristmasCentral.com is a division of Gordon Companies Inc., a family owned and operated business founded in 1977. The company has operated its Cheektowaga, New York flagship store, Dave’s Christmas Wonderland, for 35 years. Gordon Companies, Inc. currently offers over 31,000 unique products through its web stores: DivaatHome.com, ChristmasCentral.com, BuffaloGourmetMarket.com, and PatioandHomeDecor.com. Inc. magazine named it the Fastest-Growing Company in Western New York, and lists it in the Top 5000 Fastest-Growing Companies in America.

For more information, please call Brandon Datwyler at (716) 558-2847, or email to Brandon(at)ChristmasCentral(dot)com.