New Study Reveals the Cost of Dating in the Workplace

NotAtWork.co.uk, in conjunction with IllicitEncounters.com, reports on the economic impact on businesses caused by relationships within the workplace. 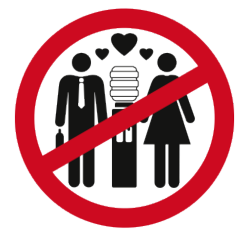 No company wants to have to deal with unnecessary and avoidable costs of situations such as sexual harassment, discrimination, health and safety or unfair dismissal claims against the organisation. As well as costing a fortune these actions can harm the reputation of the business and have an impact on the productivity of the staff.

NotAtWork.co.uk, In conjunction with IllicitEncounters.com, commissioned a series of studies and reports to investigate the economic impact on businesses caused by relationships within the workplace.

Two surveys were conducted in October 2012, asking individuals and business owners to answer questions relating to the effect of Office Romances on careers and impact on businesses.

Over a thousand individuals responded to the ‘Are Office Romances a good idea’ survey and over 200 businesses to the ‘Impact of Office Romances on UK Businesses’ survey.

Individuals, when asked if they had ever engaged in an office romance.

When asked if their employers had a contractual morality clause forbidding office relationships.

They were then asked if they felt office-based romances can impact on one’s productivity at work.

16% answered ‘Not at all’
84% felt that it would impact productivity at least a little. (38% said it definitely would)

In regards to disciplinary actions related to office romances, 20% of respondents claim that they or a colleague have been disciplined for having a work-place romance.

Businesses taking part in the ‘Impact of Office Romances on UK Businesses’ survey revealed the following:

Only 16% of businesses said that office-based romances had no effect on productivity within their organisation. 48% stated that it would only have minimal impact.

Only 19% of businesses stated that an office-based romance would in no way affect the career prospects of those involved.

32% of businesses would consider (or already have) a morality clause in its employment contracts to forbid office romances.

51% of businesses felt recommending employees seek romance outside of their place of work would save them money and improve productivity.

In the last 12 months, the average cost to each business from issues relating to office romances was over £65,000. So the total cost to the 200 companies surveyed was in excess of £13 million.
It is interesting then that the majority of businesses acknowledge that office romances can have a negative impact on productivity but over half feel that it is minimal, in contrast to 84% of individuals who stated that it would affect productivity at least a little.

A Spokesperson for NotAtWork.co.uk, said “These are some shocking statistics and we have barely scratched the surface. You will never stop people from developing romantic feelings towards their co-workers which can often lead to a full blown affair. However we offer a discreet and safe online dating platform for those seeking extra marital romances, allowing workers to focus their attention on their work in their work place. ”

Office romances are literally costing UK businesses millions and perhaps too many businesses fail to recognise the magnitude of the impact it has on their organisation. Although a morality clause within an employment contract would seem too drastic an action for many employers, encouraging employees to seek romances outside of work by promoting the use of online dating sites as well as making employees aware of the long term effects an office romance could have on their career can be a more effective and less draconian strategy in refocusing their employees and avoiding costly HR issues.