Libertarian Candidate for US Senate, Marc J. Victor, Is Spreading the Message of Freedom In Arizona and Beyond 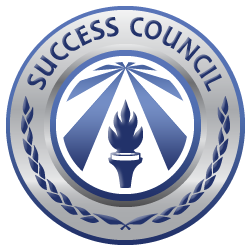 In a portion of the video Victor paints a picture of what has happened to the present economy, when people expect something for nothing, at the expense of their neighbors.

Victor explains that the economy is in trouble because of the democrats and the republicans who have allowed this entitlement mentality to perpetuate. He paints a bright hope for the post-collapse future, when people will realized freedom is the way to go.

Victor is also a well-known criminal defense attorney in Arizona.

Success Council, Libertarian advocate teaching people how to make money during the upcoming economic collapse, produced and published these and other interviews supporting Freedom. To find out more about Success Council, and to attend a free online training on how to profit and prosper, click here. “Like Us” on Facebook at: http://www.facebook.com/councilsuccess.

Success Council was founded in 2012, with the goal of teaching people how to protect their assets and profit from the greatest wealth transfer in history. Their mission is to: 1) Educate 10 million people through their online interactive training events; 2) Make 100,000 families wealthy through the information contained in their Members’ Area; 3) Create 5,000 leaders armed with the knowledge, skills and resources based on the fundamentals of liberty; and the ultimate goal, is to 4) Create One Free Society.