Keynote speaker will engage and empower the audience with his talk about his own experience turning around the operation of the USS Benfold from one of the poorest performing destroyers in the Navy to its top performer. He will speak at the NDA Convention in San Diego, March 23-26, 2013. 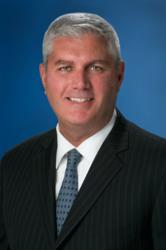 The keynote speaker for the National Demolition Association’s 40th Anniversary Convention in San Diego in 2013 will be former U.S. Navy Commander Mike Abrashoff, who will address the vital organizational management and leadership lessons he learned as he led the remarkable turnaround of the destroyer USS Benfold and its crew. The event takes place at the Hilton San Diego Bayfront, March 23-26.

Abrashoff, author of the best selling book It’s Your Ship: Management Techniques from the Best Damn Ship in the Navy, has been featured in publications ranging from Fast Company to the Harvard Business Review. “His experience is a metaphor for the problems and opportunities facing many organizations today,” said Michael R. Taylor, CAE, Executive Director of the National Demolition Association. “His talk will help arm our members and guests with the strategies, tactics, and tools needed to encourage innovation and improve operations.”

On Saturday, March 23, members can attend the NDA Golf Tournament at the Riverwalk Golf Club. The following day, the Exhibit Hall opens, with an Opening Night Celebration to be held aboard one of America’s longest-serving aircraft carriers, the USS Midway in the San Diego Harbor.

The educational portion of the NDA Convention -- the largest exposition of demolition products and services in the world – begins with Abrashoff’s speech, which is followed by educational sessions on disaster response following the 2011 earthquake in New Zealand. That evening, a themed party called “Shore to Leave in San Diego” takes place in the Hilton San Diego Bayfront.

The following day, four educational sessions are scheduled on the topics of “Civil and Criminal Liability and OSHA;” “Maximizing Profits with Your Scrap Vendor;” “The City of San Diego’s Construction and Demolition Debris Ordinance: What it’s all about;” and “PCBs in Caulk.” The NDA Convention is topped off with its 40th Anniversary Banquet, saluting recipients of the NDA Scholarships and the NDA Lifetime Achievement Award.

Time remains for exhibitors to register. Full exhibitor space rental information is posted on the Events section of the NDA website http://www.demolitionassociation.com or can be obtained by calling 800-541-2412. Forms are also posted for convention passes for NDA members, exhibitors, and other attendees at the Events page. The convention is open to all professionals involved in the demolition process, including those in demolition contracting, general contracting, civil engineering, recycling, scrap, salvage, and other industries

The National Demolition Association is a non-profit trade organization representing approximately 1,000 U.S. and Canadian companies and many international firms that are involved in the demolition process. Membership includes demolition contractors, general contractors, civil engineering firms, and recycling, landfill, and salvage operations. The association’s efforts help members stay abreast of environmental, regulatory and safety matters, keep regulators informed about issues facing the industry, increase public and industry awareness, and provide members with networking opportunities and information on the latest technical advances in equipment and services. The website is http://www.demolitionassociation.com.