Hearing Date Set as Fisherman of Men Church of Washington, Dc Fights for Religious Freedom on 11/29/12 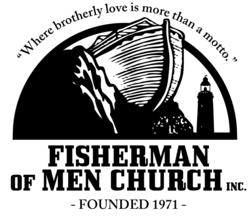 According to the link on Washington Post.com, Bishop Clarence Groover, Pastor and Founder of the Fisherman of Men Church (FOMC) located at 3641 Georgia Avenue NW, Washington DC, vows to continue to fight historic designation of the church, which is not in a Historic District. The long postponed hearing by the Historic Preservation Review Board (HRPB) has now been rescheduled for Thursday, November 29, 2012 at 9:00AM. The Fisherman of Men Church is strongly encouraging all FOMC members, individuals, civic leaders, fellow pastors and church members throughout the city who object to and oppose the planned action before the HRPB. We encourage all who support the position of the FOMC to attend the upcoming hearing and voice opposition to Application No. 12-06.

The challenge of designation began when one Advisory Neighborhood Commissioner (ANC) from the District of Columbia prepared and submitted an application to the DC HPRB to designate the Fisherman of Men Church building as a Historic Landmark. The Historic Landmark Application #12-06 was submitted to the District of Columbia ‘s Office of Planning. This application was completed without the courtesy of any coordination or communication with the Bishop Groover or with any member of the Church. Once informed by the HPRB, the Church had only thirty days to respond to this application and very little time to prepare, draft and file an appropriate response before the board.

Such Historic Landmark designation imposes substantial regulatory and financial burdens on Fisherman's and, by consequence, imposes unwanted, unnecessary, and unconstitutional restraints upon its exercise of religious freedom (in regards to the Church’s property rights in accordance with the Religious Land Use Act). Specifically, the unwanted proposed Historic Landmark designation presents frustrating and unproductive impediments to planned physical exterior improvements already underway at the Church. As said by Bishop Groover, “God ordained the Church for the perfection of the human race, and it must not be hindered in this Godly charge.”

In particular, an imposition of a historic designation of the FOMC building means that long planned renovations that the money previously spent will be loss and the renovations will be delayed and may only proceed at the mercy of the HPRB, and it will be impossible for the church to obtain any additional building, construction or zoning permits in the future or any additional desired improvements without the expressed approval of each such action.

As Bishop Groover and the congregants are confronted with this unwarranted and frustrating roadblock in the final phase of the church renovation, he is optimistic. After losing three of his own children in a six-year period, Groover persevered to complete the beautification of the community worship center. Groover, 73 years of age, has spent a large amount of his life and the finances of the Church to ensure the safety, growth and development of the FOMC as a welcoming facility and place of worship.

The Church has occupied its current location for 35 years and has taken an old deteriorated building that would otherwise be unoccupied or perhaps demolished by now, and renovated and modernized it to comply with current building codes to include electrical, plumbing, HVAC, structural, roofs, fire, stairs, baptismal pool, kitchen, food services, disabled provisions and doors.

All citizens of the District of Columbia and others who share our vision and our belief in the sanctity of the Fishermen of Men Church or that of any church to exercise religious freedom without any undue harassment or official governmental misconduct are welcome and strongly encouraged to join with us for this critically important hearing at the Historic Preservation Review Board (HRPB) on Thursday, November 29, 2012, at 9:00AM 4414th St NW, Room 220-S; Washington, DC 20001. God said to Moses, “And let them make me a sanctuary; that I may dwell among them”. (Exodus 25:8).

Don’t let the District of Columbia government and its Historic Preservation Review Board (HRPB) diminish our exercise of religious freedom. For additional information contact Judy Groover at Telephone Number 202-361-3939 or Email: jgroover(at)sweetfinesse(dot)com