His music is well known, but his talent and passion for photography is bursting onto the scene. A comprehensive overview of the Canadian-born rock star’s works from the past decades opens at the NRW-Forum in Düsseldorf. 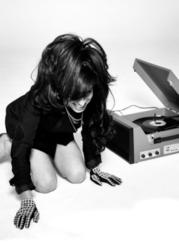 The direct access he had to many celebrities makes his portraits highly intimate studies, some of which are photographic icons in their own right.

The new photography exhibit at the NRW-Forum in Düsseldorf, “Bryan Adams – Exposed,” February 2 -- May 22, 2013, puts a spotlight on the rock star’s other beloved art form. This is the first showing of the collection in Germany.

The exhibit spans decades of Adams’ work in photography, a passion that begun as a teenager in the mid 1970s with photographs of everyday things and people, such as his mother, girlfriend, piano, and parking lots. As his fame as a musician and his worldview grew, so did his subjects, which included many of the celebrities he was around, like Amy Winehouse, Mick Jagger, Michael Jackson, Mickey Rourke in a bathtub, or Dustin Hoffman wearing a suit and fishing in the sea. The direct access he had to many celebrities makes his portraits highly intimate studies, some of which are photographic icons in their own right. A portrait of Queen Elizabeth II he took at her golden jubilee in 2002 later appeared on a Canadian stamp.

The new exhibit includes about 150 of Adams’ celebrity portraits, as well as a completely new series of work: raw and provocative portraits of injured British soldiers returning from their duty in Afghanistan and Iraq.
Adams -- known for such major hits from the mid 1980s such as “Straight from the Heart,” “Run to You,” “Summer of ’69,” and nominated for many major music awards including the Academy Awards, Grammy, and Golden Globe Awards, most recently in 2007 for the song “Never Gonna Break My Faith” for the film “Bobby” -- is co-publisher of Zoo Magazine, a photography magazine he founded in Berlin in 2004. In 2012, he won the Lead Award in the category “portrait photo of the year” for his portrait of Mickey Rourke, the second time he won this award.

After its showing at Düsseldorf’s NRW-Forum, the exhibit will go on a world tour of major museums.

Through 2013, Düsseldorf’s tourism office is offering hotel and city specials for this and other of the city’s art events. Packages can be booked right from the tourism office’s website at http://www.duesseldorf-tourismus.de/hotelpakete. Prices start at €59 per night per person based on double-occupancy for a 2-3 star hotel in the city center and at €69 per person for a 4-5 star hotel. All packages include breakfast, a Düsseldorf Welcome Card (free public transportation within city limits plus 30 free or reduced admissions to city attractions), and a city information package. Most art-related hotel packages also include admission to the exhibit. Please check the website for current information.

For more information on the Bryan Adams exhibit, visit http://www.nrw-forum.de.