Treating Parkinson’s disease patients with the experimental drug GM1 ganglioside improved symptoms and slowed their progression during a two and a half-year trial, Thomas Jefferson University researchers report in a new study. 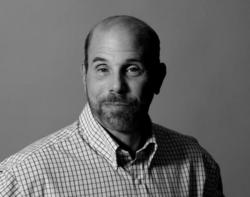 The data from this small proof-of-concept study suggest that GM1 has the potential to have a very positive effect on the lives of Parkinson's disease patients.

Treating Parkinson’s disease patients with the experimental drug GM1 ganglioside improved symptoms and slowed their progression during a two and a half-year trial, Thomas Jefferson University researchers report in a new study published online November 28 in the Journal of the Neurological Sciences.

Although the precise mechanisms of action of this drug are still unclear, the drug may protect patients’ dopamine-producing neurons from dying and at least partially restore their function, thereby increasing levels of dopamine, the key neurochemical missing in the brain of Parkinson’s patients.

The research team, led by senior author Jay S. Schneider, Ph.D., Director of the Parkinson’s Disease Research Unit and Professor in the Department of Pathology, Anatomy and Cell Biology and the Department of Neurology at Jefferson, found that administration of GM1 ganglioside, a substance naturally enriched in the brain that may be diminished in Parkinson’s disease brains, acted as a “neuroprotective” and a “neurorestorative” agent to improve symptoms and over an extended period of time slow the progression of symptoms.

What’s more, once the study participants went off the drug, their disease worsened. The study enrolled 77 subjects and followed them over a 120-week period and also followed 17 subjects who received current standard of care treatment for comparison.

“The drugs currently available for Parkinson’s disease are designed to treat symptoms and to improve function, but at this time there is no drug that has been shown unequivocally to slow disease progression,” said Dr. Schneider. “Our data suggest that GM1 ganglioside has the potential to have symptomatic and disease-modifying effects on Parkinson’s disease. If this is substantiated in a larger clinical study, GM1 could provide significant benefit for Parkinson's disease patients.”

Symptoms of the Parkinson’s disease, which affects over 1 million people in the United States today and is diagnosed in 60,000 adults every year, include tremors, slowness in movement, difficulty initiating movements, difficulty walking, balance problems and decrease in speech volume and facial expression. The motor symptoms of Parkinson’s disease result from the death of dopamine-producing neurons in the substantia nigra, the brain region that dies in Parkinson’s disease; the cause of this cell death is unknown.

GM1 ganglioside is a chemical that is normally found in the brain and part of the outer covering of nerve cells. It plays important roles in neuron development and survival and modulates a wide variety of cell activities. GM1 has been found to rescue damaged neurons and increase dopamine levels in pre-clinical studies, and has been suggested to have beneficial effects in other neurodegenerative conditions.

“Instead of a magic bullet, we think of it like a magic shotgun,” he said. “This study was truly a success of translational research.”

The GM1 research started in mice, where Dr. Schneider and his team found that animals with an experimentally induced form of Parkinson’s disease and administered GM1 had significantly higher levels of dopamine in their brains and less loss of dopamine neurons than animals that did not receive GM1.

A follow-up study in a non-human primate Parkinson model found similar results: animals that received GM1 had higher levels of dopamine than animals that did not and had a significant improvement in Parkinson symptoms.

In the late 1990s, Dr. Schneider conducted a short-term study (16 weeks) using GM1 in a small number of patients. Improvement in symptoms was observed in patients who received GM1 compared to patients who received a non-active placebo. However, in order to determine if there was potential for GM1 to slow the progression of the disease, they would have to study patients over a longer period of time—which led them to this current study.

There were three main groups of subjects in this controlled, randomized, delayed start trial funded by the National Institutes of Health. Patients were given a placebo for the first six months and then GM1 for 2 years (known as the delayed start group); patients were given GM1 from the beginning and continued on GM1 for the duration of the study (early-start group); and a comparison group, where patients agreed to be observed over the same time period, but did not take the drug or a placebo—they only took the drugs prescribed by their doctor.

The delayed start study design has been suggested to be useful for studying a drug that may have effects both on symptoms and disease progression in Parkinson’s disease.

The change over time in the Unified Parkinson’s Diseasing Rating Scale (UPDRS) motor score was the primary measure used to assess symptoms and disease progression in patients.

At the end of the first six months of the study, the early-start group had significant improvement in UPDRS motor scores versus a significant worsening of scores in the delayed-start group. Over the next two years, early start subjects maintained much of the initial benefit of GM1 treatment, showed relatively minor symptom progression compared to patients using standard anti-Parkinson medications, and at the end of the study, their symptoms were still less severe than at the start of the study over two years earlier.

Delayed start subjects also showed improvement of symptoms after switching to GM1 use and also showed less symptom progression over the next two years compared to the standard-of-care patients. Both groups had significant symptom worsening over the next one to two years after stopping use of GM1.

In short, GM1 appeared to improve symptoms and with extended use, slow symptom progression.

“The data from this small proof-of-concept study suggest that GM1 has the potential to have a very positive effect on the lives of Parkinson's disease patients,” said Dr. Schneider. “We’ve been working on this for a long time and have some good ideas on how to move this forward. I think it’s important to continue to develop this therapy.”