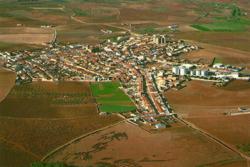 Like any other town of its size (1,800 people), Villalba de los Barros has a sewage treatment plant to comply with ever more stringent European limitations on discharges into rivers. The plant is currently being upgraded and work is almost done. However, the town is the only municipality in Spain to start the treatment process under the feet of the residents in their own sewer system.

This pilot project is led by the Environmental Consortium Average and uses seven strategically placed G2 dosing panels that inject beneficial bacteria into the sewer system and is the first municipality to use this technology in Spain. The result is that the treated wastewater discharged into the Guadajira River is as clean as possible.

This underground treatment not only saves costs by eliminating half of the sludge that is normally produced by the treatment plant but it also reduces odors for town residents throughout the collection system.

The process is being used in the United States in a number of locations. In Spain, this American technology is offered by In-Pipe Technology Company, Incorporated (located in Wood Dale, Illinois) through its Spanish agents Aquapurif Systems, S.L. and Integra Environmental, S.L. Testing has begun in Extremadura within a pilot project and the choice of Villalba de los Barros is no accident. According to Rafael Castillo, head of the WWTP plant in this town, the Guadajira River is heavily overloaded passing through Tierra de Barros due to seasonal processing of grapes and olives. During the season, the local cooperatives are at peak production and the wastewater from the wineries and mills increases the water pollution levels fivefold, so that the planned infrastructure for a town of about 1,800 inhabitants must handle the extra wastewater during August and September making it equivalent to a town of 10,000 inhabitants. "This sudden impact in the process breaks the treatment efficiency of the treatment plant," said Castillo.

In Villalba, the remedy for this season’s increase in organic waste load begins in sewer manholes, under which hangs a plastic box. Each box, or G2 dosing panel, contains a one liter bottle of beneficial, non-pathogenic, naturally occurring bacteria with a small pump that continuously injects the bacteria into the sewage flow. The bacteria begin the digestion process of the sewage long before it reaches the WWTP. These bacteria are the perfect employee: they are harmless to humans, work efficiently at digesting the waste, and require no energy input.

To be effective, treatment is done throughout the year – it is not enough to apply the bacteria only during the season when the wine and olive industries begin to discharge their wastewater. Each month, the service provider replenishes the microbes in the one liter bottles, checks the batteries and condition of each self contained G2 dosing panel. The bacteria establish a beneficial biofilm in the sewer collection system, and in the biofilm community they support each other to provide high rates of metabolism.

The bacteria used are naturally found in rivers and soil where they digest waste. The In-Pipe technology accelerates the process by continuously adding the bacteria at multiple locations in the sewer system in high concentrations. In addition to the improved effluent water quality, the cost of operating the WWTP plant is reduced by 10% explained Antonio Palma, a plant technician working for the Consortium from the Council of Badajoz. Among its other functions, the Consortium helps municipalities manage their wastewater and monitors the quality of wastewater discharged. Most small towns in Spain do not have the qualified staff and financial capacity for this task.

As explained by the Consortium, the benefits are not just limited to the improvement in wastewater treatment. The activity of the microorganisms in the sewer collection system reduces corrosion of piping and prevents accumulations of fats, oils and greases. "More importantly," highlights Rafael Castillo, "are the energy savings provided, a major objective of the project." According to their accounts, after a season of operation, the energy bill has been reduced by almost ten percent.

The information above was originally release on Hoy.es on November 18th, 2012 and translated into English