Just in time for the holiday season, SaveOnBrew.com – the internet’s only beer-price search engine -- has released a two-part blog on the “best gifts for beer lovers.” Beer-related presents are perfect for men and people who are often hard-to-buy-for. 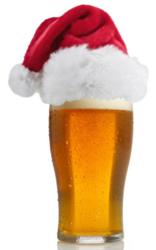 We spent an enormous amount of time putting together a list of the best beer-related products you can get for that special someone.

“If you have a zip code, we have beer prices for you,” explains founder Mark Davidson. His company polls beer prices at more than 50,000 liquor, convenience and grocery stores nationwide with more being added every day. At any given time, there are between 250,000 and 300,000 beer deals listed, and since opening their doors in 2010, they've published more than 30 million beer deals.

SaveOnBrew shoppers will find other key features, including:

“Themed baskets are really thoughtful and fun ways to approach holiday gift-giving,” explains Davidson. “So we spent an enormous amount of time putting together a list of the best beer-related products you can get for that special someone. SaveOnBrew strives to represent all things beer and this compendium of gifts is just one more extension of that.”

The Beer Blog lists 25 gifts for under $25, including reusable “Beer Saver” silicone bottle-caps, the multi-functional Barbuzzo Beer Hammer, and Duffy’s Brew Original Beer Shampoo. Part II of the blog lists 25 gifts for under $100, including the 1-liter Glass Beer Boot, the Beer Bottle Toilet Flush Handle, and the Guinness Pewter Beer Tankard. Everything one could ever want for homebrewing can be found in the list as well, Davidson says.