A report said that volunteer firefighters of Breezy Point, Queens received training on how to do a safe mold removal process. And wanting to help as well, IgotMold recommended to the firefighters and all the mold victims the use of Molderizer. 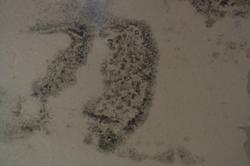 ...about the mold removal spray to use in the treatment, the site said that apart from being effective, it must also be safe.

Mold infestation is one of the worse problems that monster storm Sandy left on its victims. And as reported by nydailynews.com, the volunteer firefighters of Breezy Point, Queens are among those struggling to deal with them. However, it was a good thing that a help came to effectively clear the slime and the spores, said a report. And wanting to also be of help to the firefighters of New York and even to other mold victims, IgotMold recommended the use of the mold spray Molderizer.

According to the report, the firehouse that Breezy Point firefighter volunteers use sustained an estimated $2 million worth of damages. And as it added based on the statement of the captain of the Point Breeze Volunteer Fire Department, they were yet unable to get the building professionally treated.

And so to help the volunteers, the report related that 18 police officers from New Orleans arrived in New York last December 4, 2012. It said that their purpose was to train firefighters how to get rid of mold the safe way.

Nonetheless, IgotMold said that while it's true that training or knowledge is imperative in implementing a successful mold treatment, a mold removal spray is also needed. Apart from that though, it stated that when personally doing a mold treatment, one must first make sure the infestation is not yet too widespread and that he or she has the complete mold removal gear.

Specifically however, about the mold removal spray to use in the treatment, the site said that apart from being effective, it must also be safe. And among the mold remediation sprays available today, it recommended Molderizer.

IgotMold stated that the product is made with organic ingredients. Additionally, it said that it had passed several federal programs and guidelines and was proven effective by its home owner and cleaning company users. To prove it themselves that indeed Molderizer is safe and effective, the c ompany even encouraged the public to try the complimentary sample of it.