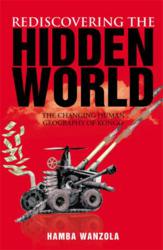 According to a recent article from Uhurunews.com, a campaign opposing genocide and war was mobilized by the international African community to oppose the increasing atrocities in Congo. In line with this, a new book titled Rediscovering the Hidden World by Dr. Hamba Wanzola probes into the worsening conflict and condition of the African nation brought by foreign domination.

The Democratic Republic of the Congo (DRC) is located in Central Africa with a population of nearly 72 million. Despite its rich natural resources including gold, diamonds, and coal, Congo remains one of the most impoverished and chaotic countries in the world with its locals suffering starvation in their own motherland.

Earlier in 2012, the international scene witnessed mass murders due to the increasing conflict in Congo. The bloodbath, unfortunately, is not an isolated case. It has been in continuous conflict both internally and with neighbouring states reporting over ten million civilian casualties since 1994.

Author Wanzola proposes efficient solutions to aide Congo from remaining as an underdeveloped nation and a colony for Western imperialists in his book. He points out the crucial points why it remains a hunger and war-stricken nation despite its considerable efforts to progress along with its neighboring nations. He stresses recognising the enemy’s strategies and implementing a framework able to face them to achieve national freedom.

Rediscovering the Hidden World attempts to identify the key historical events, understand issues in domestic and international politics, and interpret current political issues concerning Africa. A scholarly exposition of the atrocities the Democratic Republic of Congo continues to face, this book is an eye-opener and a call for unity to finally achieve peace and liberty.